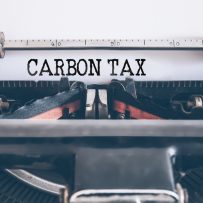 After rejecting the Houston government’s plan to reduce emissions, the Trudeau government announced last month that it will impose the federal carbon tax on Nova Scotians on July 1, 2023, fuelling more acrimony between the two governments.

Ottawa’s move comes at a time when many Nova Scotians are struggling to pay for basic necessities including gasoline and home heating oil, which have recently increased substantially in price. And the federal government’s plan is explicitly designed to further increase the price of these goods and many others.

Here are the details. Nova Scotia’s previous “cap and trade” system focused on large emitters, but under Ottawa’s new plan, the federal government will impose a direct tax on greenhouse gas emissions beginning at $65 per tonne of carbon in 2023, increasing by $15 per year, until reaching $170 per tonne in 2030. In 2023, the tax will add a projected 13 cents per litre to the price of gas, and 15 cents per litre to the price of home heating oil.

While these rising costs are highly visible, the plan will create other important but less noticeable costs on the economy, even after most of the revenue collected from the carbon tax gets refunded to Nova Scotia families.

For example, one recent study published by the Fraser Institute estimated the costs of the federal carbon tax in terms of jobs, incomes and overall economic activity — and some provinces will fare worse than others. For Nova Scotia, the $170 per-tonne carbon tax will shrink the economy (measured by GDP) by an estimated 2.4 per cent and result in nearly 1,000 job losses by 2030.

To make matters worse, the effects of increasing energy costs resulting from the carbon tax tend to fall disproportionally on lower-income households, which dedicate a higher proportion of their income toward electricity and heating bills. Besides fuel, the carbon tax also indirectly increases the price of many other goods including groceries by increasing the cost of transportation.

Finally, it’s worth noting that well-designed carbon taxes could minimize economic damage if they meet certain criteria. First, the carbon tax should be followed by reductions in other forms of taxes, so that the overall tax burden doesn’t increase. Second, the carbon tax should replace regulations aimed at reducing emissions, rather than simply being added on top of those regulations. The Trudeau government’s approach, which it will soon impose on Nova Scotia, fails both of these tests.

As many Nova Scotians brace for what will be a difficult winter, Ottawa is making things worse. The pain of the federal carbon tax is just beginning to be felt. Nova Scotians should understand the real-world costs of this tax and demand that their governments adopt more sensible energy policy.