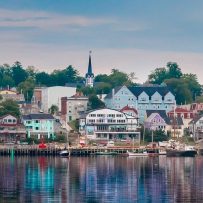 “Costs to own and operate rental properties are going up and up and up, with insurance rates the latest pain point, with no help or support from government,” said Kevin Russell, executive director of the Investment Property Owners Association of Nova Scotia (IPOANS).  “Without a real plan to address housing solutions that involves rental property owners, the housing crisis is going to get worse over the winter and for years to come.”

Among the problems faced by IPOANS members from their insurance companies:

“Landlords have been hit hard by higher taxes, higher energy costs, higher building costs, COVID-19 related expenses and now higher insurance costs,” added Russell.  “Make no mistake, unless government works with landlords on an evidence-based housing plan to manage these skyrocketing costs, the housing crisis will get worse for all Nova Scotians.”

Nova Scotia’s NDP and allies in activist groups like ACORN have been falsely claiming that thousands of Nova Scotians will become homeless once Premier Tim Houston fulfills the commitment made by former Premiers Stephen McNeil and Iain Rankin to end the emergency rent cap at either the conclusion of the State of Emergency or February 2022.   In September 2021, Nova Scotia Residential Tenancies issued a reminder on the regulatory protections in place for tenants that would protect them from large increases through the fall and winter.

“If Tim Houston breaks the promise made to Nova Scotians by Stephen McNeil and Iain Rankin on ending temporary rent control, there will be less competition as small landlords leave a hostile, costly market, there will be less investment in new buildings and less investment in renovating or upgrading buildings,” said Russell.  “It’s time for government leadership to bring all the partners together for housing solutions, not extending populist schemes that don’t work like rent control.”

Nova Scotia’s NDP continues to make things up in its misinformation campaign against more than 5,000 small- and medium-sized landlords in the province.

According to data from Canada Mortgage and Housing Corporation, prior to the introduction of the State of Emergency rent cap in November 2020, apartment rents increased by 4% from October 2019 to October 2020

“It is 100% false for Gary Burrill and the NDP to claim that rents have gone up 20%,” said Kevin Russell, executive director of Investment Property Owners Association of Nova Scotia.  “We renew our call for government to make housing policy decisions based on evidence, involving all partners. Rhetoric targeting landlords and spreading false information, as Nova Scotia landlords have seen from the NDP over the last year, is divisive and unproductive.  We need leadership on a plan that will bring Nova Scotians together for housing solutions.”

The Affordable Housing Commission is a panel of experts of industry, academia, and non-profits. The Commission provided detailed instructions on the real solutions. None of these groups believe that rent control works to increase housing affordability. It behooves the government to follow the Commission recommendations first, rather than implementing a tool that has been shown by data time and again to not work.

“We will continue to engage all MLAs to implement housing solutions that work, not failed policies like rent control that make rent more expensive for tenants than in regulated free market jurisdictions,” said Russell.  “But when politicians mislead about the sector, we will call those politicians out.  Our sector includes investment property owners who are voters making a positive difference in our economy, employing Nova Scotians, and paying taxes.”

Statistics Canada figures show that rents in Nova Scotia’s free-market system increased by a lower rate over the last 20 years than in heavily regulated rent control jurisdictions like Ontario, Manitoba, and British Columbia.