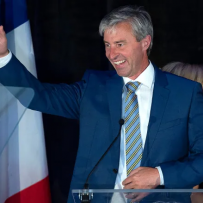 Congratulations to Tim Houston and the PC Party of Nova Scotia on securing a majority government in yesterday’s election.

To all the MLAs elected, regardless of party or independent status, congratulations on Nova Scotians placing their confidence in them.

Thank you to outgoing Premier Iain Rankin and his Liberal government for their service to Nova Scotians.

IPOANS members know housing and remain committed to working with all partners to drive positive solutions on affordable housing.

The recommendations of the independent, evidence-based Affordable Housing Commission of Nova Scotia provide an excellent roadmap for housing solutions.  Starting there, with additional solutions from IPOANS, we are ready to support solutions to get more housing built.

Bad news for tenants because the data from Statistics Canada is clear – over the last 20 years, jurisdictions with rent control (Ontario, British Columbia, Manitoba, and Prince Edward Island) have seen higher rental increases than in Nova Scotia.

Bad news for people looking for affordable housing.  The data from Canada Mortgage and Housing Corporation is clear – Halifax has seen far more rental units built than in cities like Vancouver, Toronto and Ottawa that have rent control.

Bad news for our economy.  Smaller landlords and smaller businesses would likely sell or close, as rent control limits their ability to pay their expenses. Meanwhile, larger companies would be reluctant to invest in new rental units or renovate existing units.

Our members were unfairly targeted by the NDP’s campaign.  Thankfully, Nova Scotians rejected this approach in favour of evidence-based solutions.”