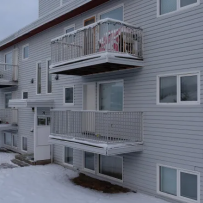 The Yukon government has delivered on one of its promises to the NDP — a residential rent cap that came into effect over the weekend.

The move has already drawn fire from the opposition Yukon Party, and some landlords who say they won’t be able to afford their properties anymore.

The cap came into effect on Saturday, and it limits any residential rent increases this year to one per cent, which is the Consumer Price Index (CPI) for Whitehorse in 2020. The percentage will be reviewed each year after the CPI is published.

Housing was a central focus of the NDP’s campaign platform this spring, and the party later made a rent cap a condition in their agreement to prop up the Liberals’ minority government until at least 2023.

“We’re going to honour the agreement we signed with them.”

‘I’m going to keep falling behind’

The rent cap is already proving unpopular with some residential landlords. Louisa Williams says it’s the “catalyst” for her selling her rental property.

She bought a two-bedroom condo in Whitehorse two years ago as part of her retirement plan, and she’s been renting it out for $1,600 per month. Now, she doesn’t feel like she can afford to keep it any longer.

“I’m going to be losing the small profit margin I had, because of the rent freeze. I am not going to be able to keep up with the fixed and variable costs that are being imposed. So I’m going to keep falling behind,” she said.

Williams is not evicting her tenants — she said they were already moving out. Now she’ll take the opportunity to sell the place.

Costs are going up all the time, she says, and rent is the only way to help cover those costs.

“To make it fair, I think the government should impose a freeze on electrical fees, on Northwestel fees, on oil and renewable energy and on anything else, like insurance. So a freeze on all that, just like the rent, and then it would be fine, [it] would all equal itself out,” Williams said.

Dixon also called the introduction of the rent cap a “masterclass in poor governance and bad policy-making.”

“It’s been messy, it’s been ugly. And unfortunately, it’s going to result in a whole lot of negative implications for our housing market.”

NDP Leader Kate White dismisses the doomsaying. She says she’s heard from landlords who are concerned about the change — but she’s also heard from tenants.

White argues that vulnerable tenants are rarely as outspoken as landlords, and don’t have any sort of organization comparable to the Yukon Residential Landlords’ Association.

“I can tell you that I have heard from tenants who are relieved because those increases that they were facing are not going to come into effect right now,” White said.

White says the rent cap is in place until 2023, allowing plenty of time for the government to review it and also plan and consult about any long-term changes to rental legislation.

White said it was important to do something now, and not wait to consult.

“If there’s a tenant right now facing a $300-a-month increase, and there’s no flexibility around that, do they have the time to wait for that consultation? And my answer is no,” White said.

“Right now, this is a measure of protection and it’s in place for 20 months.”