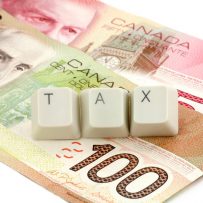 Developers interested in creating new downtown residential-housing units can apply today for a new round of city-provincial tax credits.

In June, city council approved a new downtown-housing incentive program to piggy-back on a fully subscribed, $40-million ‎city-provincial grant program that helped build approximately 1,300 units, most of them condominiums.

The new program won’t offer grants up front, but will allow developers of pre-approved projects to receive a rebate of any property-tax increase that results from the improvements to their land or buildings.

The new incentive program is aimed at stimulating the creation of 750 to 900 rental-apartment units. It offers developers a de-facto property tax freeze for a minimum of 12 years for constructing rental units in specific areas of the downtown. 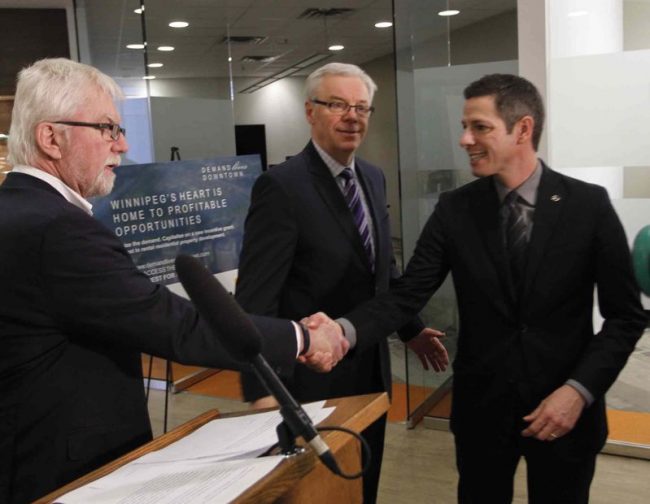 From left, Ross McGowan, president and CEO CentreVenture Development Corporation, Premier Greg Selinger and Mayor Brian Bowman at the announcement that applications are being taken for the new incentive program.

Developers must set aside a minimum of 10 per cent of the rental units for what city planners call “affordable housing” – rents geared to median market rental rates, as determined by the Canada Mortgage and Housing Corp – for five years.

Eligible projects must include a minimum of five rental units and devote 80 per cent of the space to residential housing.

Projects within the 11-block sports, h‎ospitality and entertainment district around MTS Centre aren’t eligible because another tax-incentive program already covers this area.