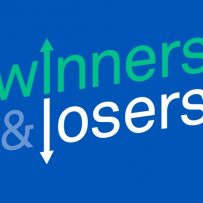 It’s been one year since the Ontario Fair Housing Plan changed the rules of the real estate game in the Toronto region, and it’s a dramatically different market 12 months later.

Some 40 per cent fewer homes are changing hands year-over-year, according to the latest figures from the Toronto Real Estate Board. And the average Greater Toronto Area home price has slumped 15 per cent from frenzied peak of April 2017.

While the year-over-year figure is alarming, the price correction was actually quite swift. Average prices plunged 20 per cent from April to August of last year, from roughly $920,791 to $732,292, and have stabilized since.

The provincial Liberals’ 16-point plan ushered in a number of policy changes, including a 15 per cent foreign buyer tax and the expansion of rent controls to all private rental units across the province. On the rent control front, some observers say it will result in fewer rental properties on the market as developers shun purpose-built rental projects for more lucrative returns.

As with all policy actions there are winners and losers, and the lingering question: Did the province go too far in clamping down on the market? BNN asked a trio of housing market observers to weigh in, and here are their responses.

“Anyone living in the GTA. A stable housing market is important to anyone who lives in the GTA. Volatile housing markets can lead to deep recessions. The cool down in house prices was necessary, had prices kept rising at 25 to 35 per cent per year for another year or two, the crash would have been much worse.” – John Pasalis, president and broker of record, Realosphy.com.

“Existing renters are enjoying more renter protections during the term of their leases.” – McLister

“The roughly 37 per cent of people who already own a single-family home are watching their equity vaporize. That loss is particularly insidious for fixed-income retirees who depend on their equity for survival.” – McLister

“The nearly 1,000 people (and possibly more) who had to back out of their transactions last year because of the rapid 20 per cent decline in house prices in just four months. Many of these buyers who bought at the peak and backed out of their purchases are getting sued by sellers for the decline in the sale price of their home.” – Pasalis

Was Ontario’s Fair Housing Plan a case of too much government meddling in the housing market?

“Definitely not… Buyers and sellers overreacted to the provincial foreign buyer tax. The biggest effect the Fair Housing Plan had over the past year was psychological. It caused sellers and buyers to question whether prices can go up forever.” – Pasalis

“Ontario’s Fair Housing Plan is a voter magnet but in the end, supply-demand will once again trump government attempts to manipulate the market.” – McLister

“The market needed government involvement, but it should be balanced. For example, there is a need to increase regulations on mortgage investment corporations.” – Tal