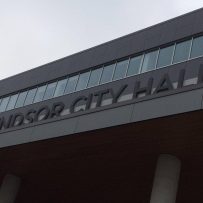 Windsor city council is moving ahead with a pilot project that will see rental homes licensed in some parts of the city in the hopes of protecting tenants from unsafe conditions.

Under the project, rental properties with up to four units must be inspected to ensure they meet standards like the ones set out in the building and fire codes.

The pilot will last two years and will only be taking place in Ward 1 and 2, where there is a high concentration of student housing.

A motion giving the green light to the pilot project was passed at council’s meeting on Monday.

Mayor Drew Dilkens, who supported the motion, said he wants to see council ultimately make a decision based on the results of the project rather than making up their minds before the data is in.

“I feel like we really want to make sure that we get the data, that we’re evaluating the data and deciding on fact and data before we decide to put this type of burden on every landlord city wide,” he said.

A few property owners spoke out against the proposal at Monday night’s meeting.

Al Teshuba, a property manager and realtor, expressed concern about the cost, including inspections, and said it would ultimately get passed down to tenants. He said it could discourage investors and lower property values.

“This licensing bureaucracy is pretty well going to make all the landlords, even the good ones, and there’s — vast majority — to pay a fee,” he said.

Marion Overholt, executive director of Legal Assistance of Windsor, spoke in support of the bylaw.

She said the organization, which represents tenants, is seeing more out-of-town landlords who want to make money and don’t care about their legal responsibilities to tenants.

Meanwhile, she noted, there’s a large backlog at the Ontario Landlord and Tenant Board.

“The level of substandard housing is shocking,” she said. “We’re talking about rodent infestations, fire and electrical hazards, no security, constant interruptions in basic needs of water and heat. We can’t afford to delay the intervention and relief that this bylaw will provide for tenants.”