Will that be cash, credit or Bitcoin? 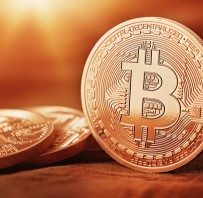 Now in its sixth year of existence, bitcoin is rising in popularity, value, and accessibility. The question remains, however, if the digital currency can realistically open new doors for international commerce.

Bitcoin is a digital currency that hit the marketplace back in 2008.  Like other currencies, its algorithm-based exchange rate fluctuates daily. The currency is not backed by a central bank or government; as such, it cannot be stored in a bank. Tightly encrypted online accounts facilitate transactions.

The currency has earned a mixed reputation. Some hail bitcoin as the next step in digital exchange, the future of global commerce.  Bitcoin transactions result in fewer fees and capital controls, thus promoting more fluid trade.

China’s actions somewhat crush the notion that bitcoin could survive as an independent currency. If other governments follow China’s example, their currencies could no longer be used to fuel bitcoin exchanges. Ultimately, bitcoin would be reduced to figures on a screen with no real world value, the equivalent of gaining or losing points on Candy Crush.

But so far that hasn’t happened. While the value of bitcoin slumped miserably after China’s rejection, the currency is rebuilding strength in other markets. In fact, it may be used in American real estate transactions.

Bond New York, a Manhattan-based real estate broker, is now accepting bitcoin as payment for real estate. In December, The Wall Street Journal reported that two sellers—one for an $800,000 ranch in the Hamptons and the other for a $7.85 million mansion in Las Vegas—are willing to accept bitcoin for their properties. Accepting a currency as volatile as bitcoin seems like a bad move. These brokers, however, see it as a way to appeal to a new  batch of clientele.

Companies are even developing ways to bring bitcoin outside of the digital realm. Bitcoin users will soon have access to “debit cards.” SmartMetric Inc developed the Biometric Bitcoin Card. The cards are fingerprint secured and NFC equipped to promote safe, quick, peer-to-peer transactions in person. The card also has 128 gigabytes of memory (equivalent to an iPad) and an ARM 9 processor that’s probably more powerful than your laptop. 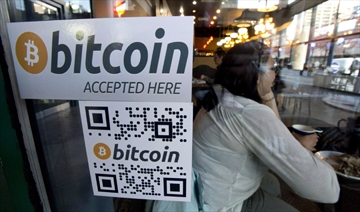 A Bitcoin ATM sticker is posted to the window of a coffee shop in Vancouver.

Those advances make it seem as though the currency is becoming more legitimate in the eyes of the establishment, which may prove to be problematic for bitcoin users. The IRS wants to get its hands on some bitcoin. It’s currently developing tax guidelines for earnings and sales in the currency. It’s a smart move for the IRS, since The National Taxpayer Advocate reports that “bitcoin transactions per hour increased by 75% in 2013, and that the market value of bitcoins grew more than tenfold.” If the trend continues, taxing bitcoin simply makes sense.

…Unless you were using bitcoin to avoid taxes and other government fees, which was sort of the point. The currency was created as a system of electronic cash independent of existing financial system. Yet without the support of government-backed currencies like the yuan, bitcoin faces failure. With the support–and taxation, guidelines, regulations, and rules–of government entities like the IRS, bitcoin faces failure.

It seems a bit too soon to tell if the digital currency is here to stay.