Will e-Cigarettes be Accepted by the Apartment Industry? 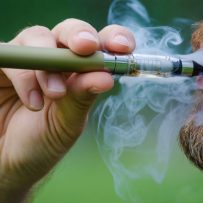 Raise the topic of electronic cigarettes (or e-cigarettes) to the apartment community and you might as well sit down for a long discussion. Go ahead. Make yourself comfortable. It’s going to be a while.

America’s growing glow of electronic cigarette usage and its seemingly healthy alternative to real cigarettes has sparked a lot of water cooler talk from corporate to the site level. The burning question is whether e-cigarettes should be included in smoking bans in common areas or units.

Many are taking conservative approaches, saying they will err on the side of caution and consider e-cigs the same as real ones when enforcing bans. Until more is known about e-cigs, which are at the center of a growing public health debate, they will be treated like real smokes, according to one apartment industry executive.

Filtering the Issue: Two Sides of the Electronic Cigarette Debate 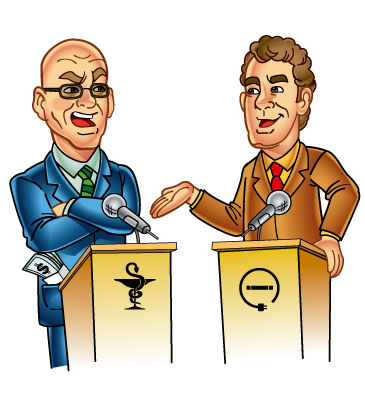 Some skeptics of electronic smoking, or vaping, remember that it took decades of filling ashtrays with butts before the Surgeon General proclaimed the health hazards of smoking.

The smoke of battery-powered e-cigs has spread quickly since they arrived about 10 years ago. Manufacturers say they are a better way to get a nicotine fix and kick the habit, which has helped fuel an estimated $1.7 billion a year industry (there’s even a glossary of e-cig terms). E-cigs also don’t produce tar that is damaging to walls, carpets, drapes and furniture.

Opponents say, however, that e-cigarettes deliver dangerous chemicals and carcinogens, and that nicotine levels listed on e-cigarette labels are not always correct. Those levels are of special concern since nicotine, aside from being addictive, is known to have an effect on the human nervous system.

The FDA Weighs in on the Electronic Cigarette Controversy

The controversy about e-cigarettes is not new. In 2009, several health experts at a news conference called by the U.S. Food and Drug Administration offered a few strong warnings about e-cigarettes, saying that the nicotine contained in them could lead to addictions among children and that they could weaken the health benefits of stopping smoking.

A number of U.S. cities are treating e-cigs as if they are the same public enemy No. 1 of real cigarettes. Los Angeles became the latest to ban vaping, joining five other cities and the District of Columbia.

Now, the FDA has now stepped in and wants to ultimately put e-cigs under a microscope.  In April, a new rule was proposed that would extend the agency’s tobacco authority to cover additional tobacco products. Included on the list are electronic cigarettes and water pipe (or hookah) tobacco. The rule would require producers to identify ingredients.

The question is how do apartment communities regulate e-cigarette smoking that seemingly doesn’t possess the same offensive orders and potential smoke damage to real property when a smoking ban is already in place?

In a spirited LinkedIn chat that asked that exact question, respondents said that regulating a smoking ban that doesn’t include e-cigarettes would be difficult. Imagine, one said, following residents around to see whether they are vaping or puffing a stoke.

Others said residents shouldn’t be penalized for trying to kick a nasty habit, and the apartment community should embrace them. And another suggests that because it is only harmless vapor there is, well, no harm done. 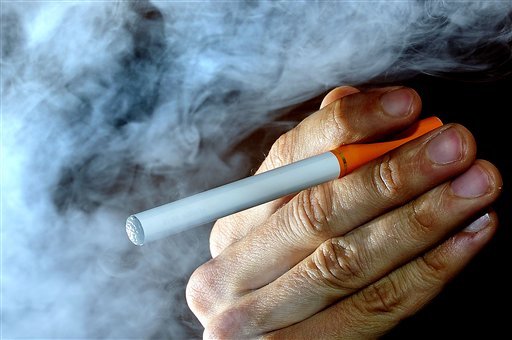 Time will ultimately tell, but e-cigarettes seem to be having an identity crisis and may ultimately fall under the same societal evils as real cigarettes.

While chatting about the pros and cons of e-cigarettes in the apartment community, a colleague lamented about the feeling she got after walking into a hotel the other day and seeing a guest standing at the front desk vaping.

“My gosh!” she exclaimed. “You let people smoke in the lobby, of all places?”

Her shock was a natural reaction to anyone who today walks into a public place and sees swirls of smoke lifting to the ceiling. It’s the perception of smoking, and every socially unacceptable thing that comes with it. And how that can ultimately tarnish the image of the establishment.

That may be reason enough for the apartment community to place e-cigarettes in the same class as a pack of smokes.