Why rent control is a false cure for housing shortages 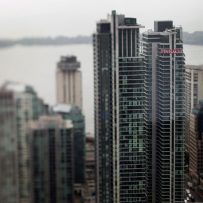 Rent controls and stabilization are supposed to improve the lives of renters. They seldom do. Still, from New York to Toronto, such restrictions are politicians’ favoured response to housing shortages and affordability concerns.

The Ontario Liberals followed that mantra in April when they restricted the annual rent increases for existing tenants to a maximum of 2.5 per cent. Ontario Premier Kathleen Wynne claimed such measures were needed to cool rents and house prices.

Six months later, the unintended consequences of rent restrictions have started to appear. A recent report by Urbanation revealed that no fewer than 1,000 planned purpose-built rentals have been converted to condominiums in the GTA.

More are likely to follow, thus further restricting the supply of rental housing in Ontario.

Rarely is the chasm between political expedience and economic reality so wide.

Writing in the New York Times, Nobel laureate Paul Krugman has noted that while economists may often find consensus elusive on matters of policy, rent control is an exception. According to Krugman, the “analysis of rent control is among the best-understood issues in all of economics, and — among economists, anyway — one of the least controversial.” Krugman noted that 93 per cent of members of the American Economic Association believed that “a ceiling on rents reduces the quality and quantity of housing.”

It is not difficult to understand why and how rent control and rent stabilization measures hurt most renters in the long run. First, stringent rent control regulations discourage developers from building purpose-built rentals because such restrictions act as caps on future cash flows, making investments in rental properties less attractive. 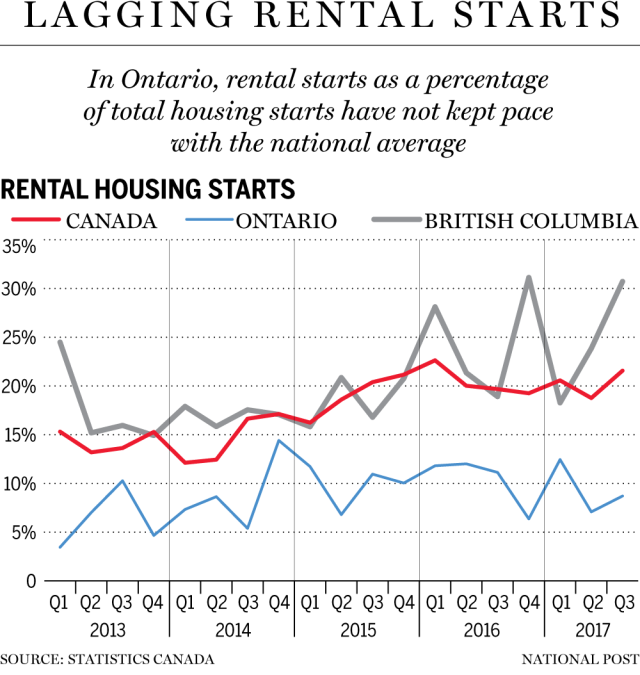 The same goes for private investors who purchase investment properties and make them available to renters. In the City of Toronto, 84 per cent of the renters (in non-subsidized housing) rent space in the private rental market. Those who rent in purpose-built rental units paying market rents constitute a much smaller cohort.

Restrictions on rent increases adversely impact the value of investment properties, which will prompt some owners to sell their units before they lose even more value. In the end, the rental housing stock further shrinks. The scarcity hurts renters because a larger number of renters will compete for a shrinking supply of rental units.

Also note that when rent restrictions limit landlords’ profits, they are less likely to keep rental stock in a state of good repair. As the profit margins squeeze periodic maintenance and upgrades become less frequent. This is also true for public landlords. All one needs is to look at the dilapidated housing units owned by municipal housing authorities in many cities.

In cases where landlords cannot recover even the operating costs or evict renters, rental units are left to rot. Once rental units are uninhabitable, landlords demolish them and build non-rental residential or other real estate. This further shrinks the rental housing stock.

Consider Massachusetts, where rent controls were eliminated suddenly in 1995. There, the elimination of rent control “released a torrent of condominium conversions” such that the stock of condominiums increased by 32 per cent from 1994 to 2004 in Cambridge. Decontrol even benefitted the valuation of housing that had not been subject to controls: It appreciated on average by 12 per cent as a result.

Consider also the case of Norah Ephron, the famed filmmaker and screenwriter, who moved into a rent-controlled apartment in Manhattan in 1980. As she detailed in an article for the New Yorker, the rent for her luxuriously spacious five-bedroom unit was merely $1,500, and she lived in the apartment for years “in a state of giddy delirium.” Ephron benefitted from rent stabilization even when her rising income did not justify her staying in an apartment whose market rent was estimated at $12,000 per month. Ephron reluctantly left her rent-controlled abode only after a new law allowed landlords to increase rents for tenants earning over $250,000.

So there you go. Rent control doesn’t improve but exacerbates housing affordability. Rental construction rates in urban Ontario are already lagging those in British Columbia and the rest of Canada, and rent controls are likely to make the situation worse. The only solution: encourage the construction of new housing by easing restrictions on developable land and allowing greater flexibility in new housing types.

Murtaza Haider is an associate professor at Ryerson University. Stephen Moranis is a real estate industry veteran. They can be reached at info@hmbulletin.com.