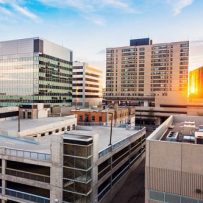 A new study by FortisBC found that upgrading older apartment buildings and making them sustainable will not only contribute to the reduction of carbon emissions, but also help owners reduce maintenance costs.

Based on the estimates of the study, simple energy-efficiency upgrades have the potential to reduce carbon emissions in British Columbia by about 200,000 tonnes annually, which is equivalent to removing 43,000 gasoline-powered cars from the road.

Around four in five rental apartments in BC were built more than three decades ago to lower efficiency standards, said FortisBC director of conservation and energy management Danielle Wensink.

“Lowering energy use in these buildings is critical. Building owners already face so many maintenance concerns that we worked to simplify what can be a complex and overwhelming process,” she said.

In 2015, FortisBC began its Rental Apartment Program to help owners in the province upgrade their apartment buildings. The program helps replace ageing and less-efficient boiler systems. Since its launch, it has helped more than 800 buildings across the province receive upgrades like energy-efficient taps, faucets and showerheads that reduce water consumption and energy usage.

One of the achievements of the program is the reduction of domestic hot water-energy use by an average of about 12% per year. The water savings reached the equivalent of filling close to 110 Olympic-sized swimming pools or running a garden hose non-stop for over 20 years. It has also lowered carbon emissions by almost 15,000 tonnes.

“Support like this is critical given the significant cost pressures building owners face, and it pays off for tenants, owners and communities by making these homes more comfortable and sustainable, more affordable to operate and less impactful on community water systems,” he said.