WHY HOUSING AFFORDABILITY WILL CONTINUE TO DECLINE IN CANADA 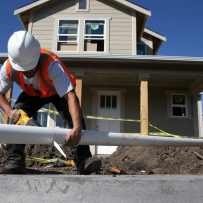 In the turmoil of 2020, a crucial issue — housing affordability in cities such as Toronto and Vancouver — has fallen somewhat off the radar. But the fundamental problem remains. Housing supply growth is failing to keep pace with housing demand. This interpretation of the facts shouldn’t be controversial. Yet it is.

Why? Because some analysts focus on “supply side” factors such as how much housing is being built while others focus more on demand. Curiously, no matter how much “supply” advocates note that demand necessitates new housing, others claim those analysts ignore the demand side of the supply-demand equation. Pot, meet kettle.

In reality, both supply and demand set the price of housing (or any other good). If demand for housing increases, as it tends to when job creation increases, the housing supply must increase just to keep up.

The fact that housing prices have increased 111% in Toronto and 82% in Vancouver between 2010 and 2019 (while rental vacancy rates fluctuated around 1% in both metro areas) suggests there isn’t enough new supply coming on to the market. Indeed, the number of annual housing starts between the two metro areas has remained roughly flat since 2002 (hovering around 50,000).

Meanwhile, employment growth in the two areas increased from roughly 70,000 net new jobs annually (between 2010 and 2014) to roughly 120,000 between 2015 and 2019. One can quibble over the impact of foreign buyers and speculators at the margins, but with 44.2% of national job growth between 2015 and 2019 taking place in those two areas, demand will likely remain strong post-pandemic absent fundamental changes in the economic trajectories of Toronto and Vancouver.

So why haven’t we seen a responsive surge in new housing in these cities, which draw Canadians from across the country? Because the deck is stacked against new construction at every turn. Most of Vancouver is zoned for single-detached housing only, and even in areas zoned for densification or “intensification,” development is often met with intense opposition.

Similarly, Toronto has a vast “yellowbelt” that would be ideal for intensification but mostly isn’t zoned for it. So because much of the surface area of both cities is off-limits to intensification, while outward expansion is heavily restricted in both cities, satisfying rapid demand increases will always be challenging. Development must happen somewhere or prices will go up everywhere.

Even if some policies tamp down certain sources of demand (for instance, reducing the percentage of foreign buyers or Canadians owning second homes), it’s unreasonable to count on demand-side measures to do all the work.

Rooting out empty homes might free up some supply. But with job creation surging while housing starts remain fairly constant, crude arithmetic suggests both Toronto and Vancouver need more housing to stave off further declines in affordability.

If pre-COVID job trends in Canada continue after the pandemic ends, more new housing in Vancouver and Toronto will be essential. Otherwise availability and affordability will continue to fall.