Who are the condo investors in Toronto? A new study sheds some light 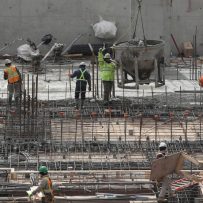 A study, called A Window Into the World of Condo Investors, found that only about 10 per cent of condo investors are international buyers.

They are a ghostly presence in Toronto’s property market – the buyers who gobble up the most and best units at developer pre-sales in the towers sprouting across the region.

Until now, not much has been known about the largely invisible ranks of condo investors, nearly half of whom feed the region’s vacancy-hungry renters by leasing their properties.

But a new study is shedding light on this segment of buyers who turn out to be a lot different from the offshore high rollers their neighbours might imagine.

Only about 10 per cent of condo investors are international buyers. They are far more likely to be local immigrants aged 40 to 60, says a report by Shaun Hildebrand, senior vice-president of rental research firm Urbanation, and Benjamin Tal, senior economist with CIBC Capital Markets.

Many are purchasing real estate as a retirement investment or a way to help their children get a foothold on the property ladder.

“The majority of these investors will hold onto them in the rental market, so they’re providing a much-needed service by adding rental supply in the absence of traditional rental development,” said Hildebrand.

Most investors use a minimum down payment of 20 per cent on a pre-sale unit. They watch the price of the condo grow in the four or five years it takes to build the tower and then they put it up for rent to cover the cost of holding it while they pay down their principal.

“Investors have been viewed as a black box or wild card. There hasn’t been that much that has really been known about them,” he said.

But it’s important to understand their buying behaviour because it plays an important and stable role in Toronto’s housing market.

The study, called A Window Into the World of Condo Investors, suggests that condos are going to be an increasingly challenging investment to manage as expanded rent controls and rising interest rates take hold.

“Condo investing is by no means a sure thing. Even though investors have enjoyed very strong price appreciation in the point of pre-sale and closing, which is about five years, some have actually found themselves in negative cash flow and many in greater than $500 a month,” said Hildebrand.

“It’s certainly going to be difficult for the market to repeat the type of price appreciation that we’ve seen the last few years,” he said.

Last year will go down as the year of the condo in the Toronto region. Condos accounted for 80 per cent of new home sales even as the number of new apartments ready for occupancy hit a five-year low.

That pushed re-sale prices up 26 per cent and rents climbed 9 per cent, according to the report.

But 44 per cent of investors that took possession of their units in 2017 are seeing their rental income fall short of their mortgage payments and their building maintenance fees.

Even those coming out ahead are only netting about $360 a month on average.

That’s not cause for alarm, said Hildebrand because the investors’ assets have appreciated significantly before they even take possession of their apartments.

The average re-sale price of units in newly registered buildings was 51 per cent higher than the pre-construction price per sq.ft.

Even if every investor who took possession of their unit last year and is losing $500 a month on the property, decided to sell, that would only amount to 1,400 condos or 9 per cent of the new supply across the region. Factor in re-sale condos and it would still be only 3.4 per cent of the market, say the authors.

The report’s findings are based on the sales and rental data of 4,000 pre-sale condo transactions and focus groups of agents who handle the early pre-construction sales that provide developers with the cash they need to move ahead on their buildings.

Foreign investors tend to see Toronto condos as a safe haven for their money.

It would take a severe recession or rate hike to really shake investors, they said.

The buildings that are complete in the next two or three years will appreciate and offer the same high returns investors have enjoyed lately, say the authors. But when a larger supply comes on the market in 2021 rents will need to be 17 per cent higher than they are now even if interest rates stay the same for investors to cover their carrying costs.