WHERE DO THE MAIN PARTIES STAND ON HOUSING ISSUES? 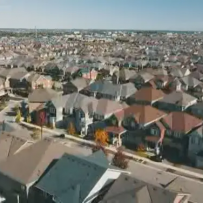 In Canada’s federal general election 2021, where do the main parties stand on housing issues?

Housing supply – what is needed?

The Liberals promise to create a $4B Housing Accelerator Fund. Large cities will apply for funding to pay for more planners or better technology (to speed up planning approvals), to use to offset policies like inclusionary zoning (IZ), or for land purchases, or to use for infrastructure.

The NDP promises to build 500,000 more units of affordable housing over the next 10 years, with half being built in the first 5 years. However, the NDP also says they will provide financial assistance to renters in their existing housing, while the government implements the long-term solution. The rental housing industry has long supported rent subsidies, and is glad to see the NDP recognize their value, at least as a temporary solution.

Except for the tax reform noted below, the Conservatives’ focus is on making homes more available for new home owners.

The Liberals and the NDP promise to increase the new residential rental property rebate on the GST to 100 percent, eliminating all [federal] GST on “new capital investments in affordable rental housing.” The definition of “affordable housing” will be key to the usefulness of those promises to the private rental sector.

To help young people accumulate their down-payments, the Liberals promise First Home Savings Accounts for up to $40,000 – tax free on deposit and withdrawal.

These measures would deliver additional tax preferences to homeowners, who are already heavily favoured over renters. For fairness to renters, the money put into the First Home Savings Account should be taken into income when the house is sold.

The NDP promises to have CMHC reintroduce mortgages with 30 year amortizations, which the Liberals allowed CMHC to stop several years ago to dampen the demand for single family homes. The Conservatives promise to encourage a new market in mortgages with terms of between seven and ten years, to provide stability both for first-time home buyers and lenders.

The Liberals promise to force CMHC to cut mortgage insurance rates for first time home buyers by 25% – saving the average homeowner $6,100 over their mortgage term.

The Liberals promise an assortment of measures aimed at curbing speculation. These include:

The NDP has proposed some similar measures. The Conservatives have as well, but they have avoided promises within provincial jurisdiction.

All rental housing providers should evaluate the platforms on the whole, before they cast their votes.

More information is available at www.CFAA-FCAPI.org.