WE NEED NUCLEAR POWER TO MEET OUR CLIMATE GOALS 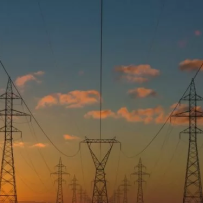 As summer wound down, the Intergovernmental Panel on Climate Change (IPCC), the United Nations body for assessing the science related to climate change, released its latest report.

The news is frightening and undeniable—climate change is widespread, intensifying, and accelerating. If we don’t take greater steps to cut greenhouse gas emissions, some of the consequences we’ve all been seeing—extreme heatwaves, severe rain and flooding in some areas, droughts and massive wildfires in others—will be permanent. Earth is on track for disaster unless we make significant changes.

Although some impacts of climate change are now unavoidable, the good news is that it’s not too late to avoid the worst that will occur if we do nothing. If humans stop burning fossil fuels over the next 20 years, we can avoid some of the most drastic effects. We have some time, but we need to start the transition now.

Canada’s electricity sector is essential to this transition, but we need to dramatically increase our overall supply of electricity. The Canadian Electricity Association estimates that to achieve “net-zero” carbon emissions by 2050, Canada will need to double or even triple the size of the current electricity supply to support the changes necessary to eliminate fossil fuels.

We’re starting from a good place, with more than 82 per cent of the electricity generated in Canada already non-greenhouse gas emitting. But we’re going to need to add a lot of new capacity from low-carbon sources.

Although it’s not feasible to eliminate the use of fossil fuels for power generation immediately (these plants are currently needed for base load, peak demand, and balancing the grid) we can use the 20 years we have to build out a better power system that combines intermittent renewables, hydro, storage, and nuclear. Of these, nuclear power may be the most important.

Our modern society depends on a steady supply of baseload power, and although renewables are going to play a vital role, the fact that the sun doesn’t always shine, and the wind doesn’t always blow means they can’t replace generating stations that operate 24/7 as the foundation of our power grid. Energy storage can help stabilize the grid, especially at peak times, but it can’t replace base load power in the middle of the night or in the dead of winter.

Hydro power has a role to play, but except for the Gull Island project in Newfoundland and Labrador, there aren’t many feasible large-scale sites left to be developed in Canada. That leaves nuclear power as the best source of non-emitting baseload power that we can use to ramp up the supply of electricity that we’ll need to reach net-zero. Fortunately, Canada is well positioned to grow our nuclear industry to reach this low carbon future.

In Ontario and New Brunswick, CANDU nuclear generating stations have been providing a major portion of those provinces’ clean electricity needs for many decades, and their existence anchors an outstanding Canadian nuclear industry which can be built upon to help us achieve our low carbon future.

Now it’s time to build on that experience so that other Canadian provinces and territories may also receive the same benefits of low-carbon electricity generation. In late 2020, the Government of Canada released its Small Modular Reactor (SMR) roadmap, intended to foster innovation and develop a long-term vision for the nuclear industry. In addition, the governments of Saskatchewan and Alberta joined with Ontario and New Brunswick in signing a memorandum of understanding supporting the development of the next generation of advanced SMRs and committing to their advancement.

Due to this provincial and federal leadership, the world-class body of nuclear operating experience and knowledge that exists here, and because of our strong regulatory framework, it’s no accident that leading developers of the next generation of SMRs have set up shop in Canada. Their presence creates huge economic and employment opportunities to manufacture and sell high-quality, Canadian-made advanced SMRs around the world.

Just as there are well-running CANDU reactors already operating here in Canada, and in Europe, Asia, and South America, there will be a strong market for the latest generation of advanced SMRs manufactured right here, and then shipped to their final location, whether it be at an existing power site, industrial location, a remote community in Canada’s far North, or international locations. Access to reliable low-carbon electricity is an essential service in our modern society, a key measure of quality of life, and crucial to fighting climate change before it’s too late.

Intermittent renewables and distributed generation are absolutely necessary and will be a part of our energy future, but they will not be able to completely replace the need for a large amount of reliable low-carbon base load electricity. This is why nuclear power is vital in greening our future and fighting climate change.

Story by: The Hill Times