Washington, DC and Toronto top list of cities with the most green roof construction for 2014 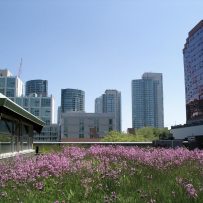 Toronto, which installed some 775,216 square feet, took second place, though this was first time a Canadian city has ever cracked the top five in the ranking for the 11 years that Green Roofs for Healthy Cities (GRHC), a non-profit, has been conducting the survey. 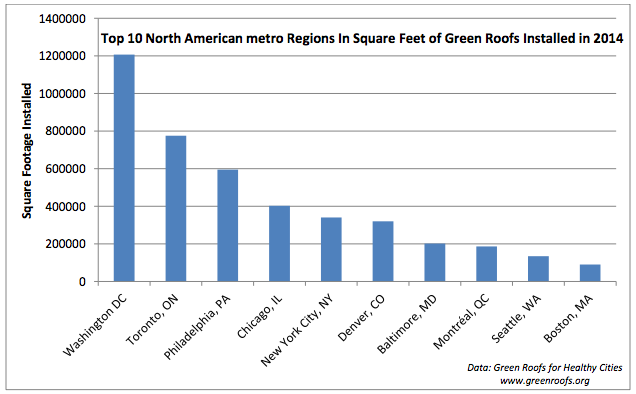 The annual industry growth rates are derived by averaging the change in the square footage recorded by a representative sample of the corporate members that belong to the non-profit, not square footage totals. GRHC believes the data in this report generally understates green roof market activity by anywhere from 25 to 50 percent given that not all firms in the industry are members of GRHC and not all members participate in the annual survey.

“Nonetheless, the data does provide important insights into the composition of the industry,” the report noted.

Across North America, green roof installation faltered in 2014 with an industry-wide decline of 12 percent between 2013 and 2014. According to the non-profit, government stimulus funding, which helped create a spike of green roof installation in prior years, was believed to have been mostly spent given the increase in private projects for 2014. Extreme weather conditions also likely put a damper on new installations.

Private projects accounted for 2,241,832 square feet of installations, compared to 1,696,587 square feet in public projects (4,672 square feet falling into the mixed use category), a reversal of the previous year where the public sector built more green roofs.