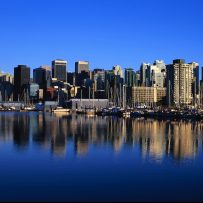 VANCOUVER—Home sales in Metro Vancouver dropped by 5.6 per cent in 2016, the city’s real estate board said Wednesday, wrapping up a tumultuous year in one of the country’s most watched housing markets.

The composite benchmark price for all residential properties in Metro Vancouver, as measured by the Multiple Listing Service home price index, hit $897,600 in December. That’s a 17.8 per cent increase from the same month the previous year.

“It was an eventful year for real estate in Metro Vancouver,” board president Dan Morrison said in a statement. “Escalating prices caused by low supply and strong homebuyer demand brought more attention to the market than ever before.”

Residential property sales in the city started the year off strong, sometimes hitting record highs. But partway through the year the market started to cool, with sales and eventually prices declining.

That came as a number of measures were implemented in an effort to address home affordability concerns in Vancouver, including a 15 per cent tax for foreign buyers and a tax on homes left vacant.

“As prices rose in the first half of the year, public debate waged about what was fuelling demand and what should be done to stop it,” Morrison said. “This led to multiple government interventions into the market. The long-term effects of these actions won’t be fully understood for some time.”

There were 39,943 detached, attached and apartment properties sold in the region last year, down from the 42,326 sales recorded in 2015.

Despite the decline in the number of homes sold, 2016 was the third-highest selling year on record, behind only 2015 and 2005.