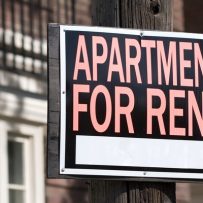 Most buildings are full, few new rentals are being built, landlords pay the lowest mortgage rates and the value of their properties have skyrocketed.

“We should all get up and do the watusi,” quipped Ward Jones, president of WIP Investment Corp., which specializes in buying, improving and renting some of the half-century-old wood frame apartment buildings that make up 85% of Metro Vancouver’s rental universe.

There are 105,000 multi-family rentals in the region, according to Canada Mortgage and Housing Corp. (CMHC) and that number hasn’t changed in nearly 20 years, added Jones, part of a five-member landlord panel at the Vancouver Real Estate Forum.

CMHC mortgage insurance on rental buildings, meanwhile, allows landlords to secure 10-year bank financing at rates as low as 1.9%, which is lower than the annual rent increases allowed under B.C. rental legislation. It is also a lower lending rate than that charged to investors in condominiums, which represent the only real rental competition.

At the same time, demand for land has driven the price of old apartment buildings to record highs. A day before the Vancouver Real Estate forum opened, a 60-year old, eight-suite apartment building on West 10th in Vancouver sold for $500,000 per suite and “per-door” prices average more than $230,000 across the Metro region, up 12% in the past year.

The rental vacancy rate in Metro Vancouver is a tight 1.4% and the average rental rate, at $1,166, is the highest in the country, confirms a survey by Colliers International, which notes that soaring home prices may push the number of Vancouver renter households above the current 50% level.

Despite protests from tenant advocates, “renovictions” – where tenants are evicted as landlords improve aging apartments to achieve higher rents – are rare in Vancouver, the panel was told, with most landlords opting for incremental improvements.

“In reality, the motivation [for renovictions] is not there,” said panelist Hanni Lammam, executive vice-president of Cressey Development Corp. “Notwithstanding the state of the building or the state of repair, we still get top market rent. I don’t think there is a lot of renovictions. It makes a good sound bite, but it doesn’t really happen that often.”