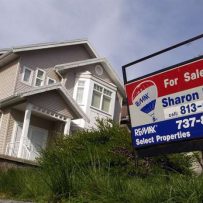 Fewer people are buying in Vancouver because of rapidly changing market conditions, partially brought on by government regulation, say Vancouver realtors who reported Wednesday that sales were off 38.8 per cent in October from a year ago.

There were 2,233 residental sales in the region last month, down from 3,646 a year ago, according to the Real Estate Board of Greater Vancouver. Sales were down 0.9 per cent from September. October sales were 15 per cent below the 10-year average for the month.

“Changing market conditions compounded by a series of government interventions this year have put home buyers and sellers in a holding pattern,” said Dan Morrison, president of the board, in a statement. “Potential buyers and sellers are taking a wait-and-see approach to try and better understand what these changes mean for them.”

The supply of new listings did drop 3.5 per cent from a year ago and is now off 17 per cent compared to September numbers as people shy away from selling their home in the market in the wake of the new tax.

On July 25, the provincial government announced an additional 15 per cent property tax on homes in metro Vancouver. It took effect Aug. 2, prompting people to rush to beat the tax, but realtors report deals have been falling apart ever since because of a domino effect of people walking away from transactions and others being unable to close deals because they don’t have funds from a previous agreement.

The total number of properties listed for sale in metro Vancouver was 9,143 in October, a 4.5 per cent decrease from a year ago and 2.3 per cent decline from September.

The sales-to-active listings ratio for October 2016 was 24.4 per cent. “Generally, analysts say that downward pressure on home prices occurs when the ratio dips below the 12 per cent mark for a sustained period, while home prices often experience upward pressure when it surpasses 20 per cent over several months,” the board said in its release. 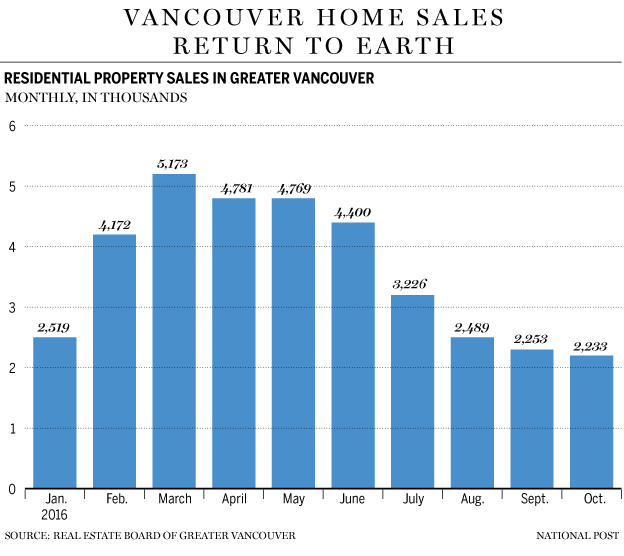 Morrison said sales are down across all segments but the detached market has seen the largest reduction in home buyer demand. There were 652 detached home sales in October, a 54.6 per cent decline from a year ago.

Prices have remained relatively firm in the detached category with the overall benchmark price $1,545,800, a 28.9 per cent increase from a year ago. From September, prices were down 1.4 per cent.

Despite the drop in detached sales, the board’s composite benchmark price for all residential properties in metro Vancouver was $919,300 in October, a 24.8 per cent increase from a year earlier. From just September, prices have dropped 0.8 per cent.