Vancouver and Calgary among most attractive cities for newcomers, Conference Board finds 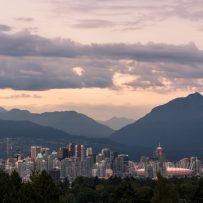 Calgary with its jobs and steady incomes, Waterloo with its high-tech sector’s reputation for innovation, and Vancouver with its overall high quality of life, all ring in as most attractive cities to live in for newcomers to Canada, a new study finds.

The Conference Board of Canada analyzed 50 of Canada’s largest city for their attractiveness to migrants and found that Waterloo, Calgary, Ottawa, GTA suburb Richmond Hill, Vancouver, and St. John’s were the most appealing to people new to the country.

The study measured city attractiveness based on seven categories, including society, health, economy, environment, education, innovation and housing, and found that, when choosing a place to live, newcomers most value cities that offer centres of innovation.

Toronto underperformed on innovation, health and environment to get an average rating, while Oshawa, Ontario came in last, the report said.

Here’s how the rest of Canada’s cities performed in some of the major categories:

When measuring access to transit and culture, diversity, poverty and crime, the country’s largest cities rated highest: Toronto, Montreal, Vancouver, and Ottawa are the top four, followed the Greater-Toronto-Area cities of Markham, Richmond Hill and Brampton.

Small and mid-sized cities came in strongest for good access to healthcare–measured by the number of hospital beds, general practitioners and specialist physicians per a 100,000 population, as well as the proportion of population employed in health care services.

While Kingston and St. John’s both ranked high, suburban cities fared the worst: Toronto’s suburbs all received the lowest rankings.

Cities in British Columbia dominate the Environment category, making up half of the top 10 cities.

Montréal and its suburbs Longueuil and Laval, have three of the six worst results on the environment–Montréal is the only city with a “D” grade–and Toronto and the suburbs of Oakville, Mississauga, and Vaughan were among the bottom eight cities.

These poor ratings can be attributed to too many air quality advisories and long, solo commutes, the study said. 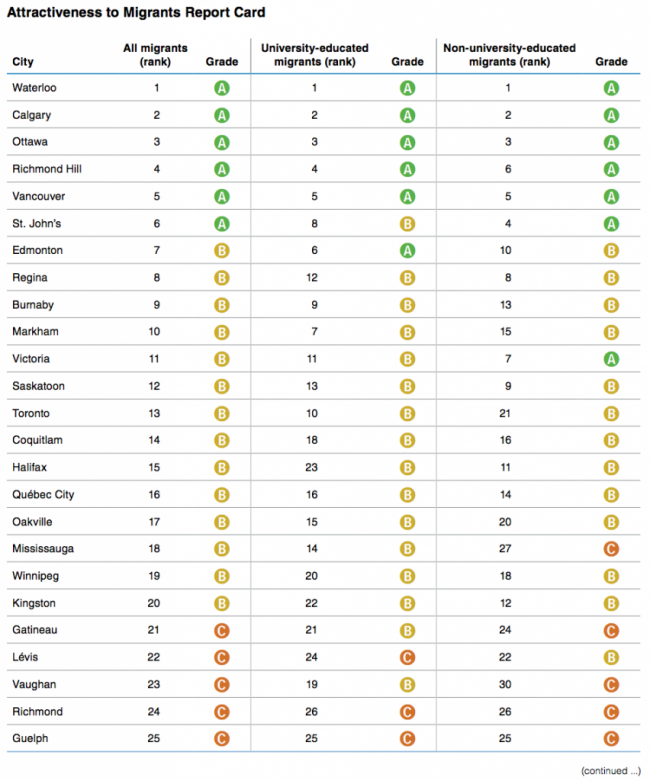 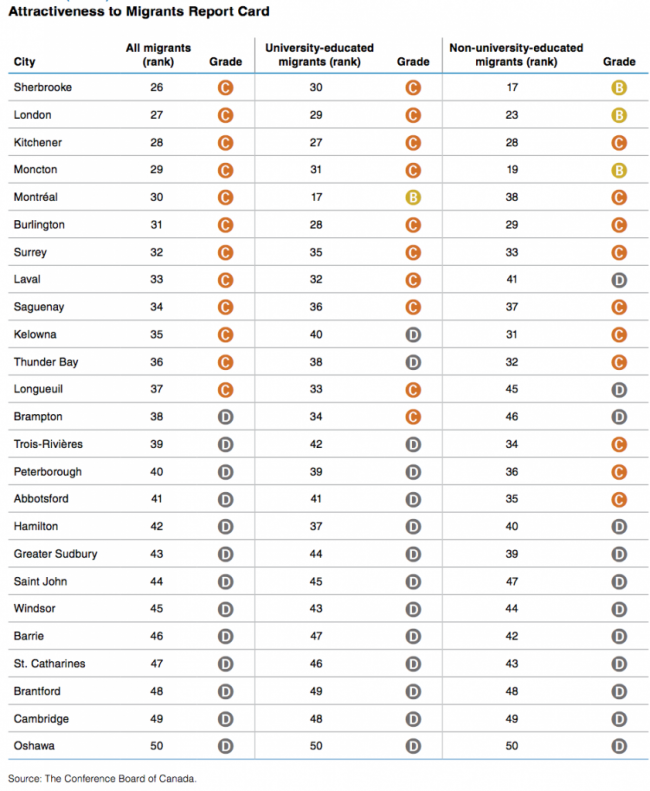