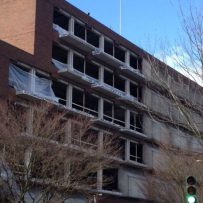 At a vacant Vancouver jail in the Downtown Eastside, prisoners’ cells are being torn out and replaced with 96 brand-new social housing units.

What once was a place of incarceration will now become a space where vulnerable citizens can feel the freedom of a safe, comfortable home, while accessing social services.

The $13-million project to turn the vacant remand centre at 211 Gore Street is a collaboration between BC Housing, the City of Vancouver, non-profits The Bloom Group and BladeRunners, CPA Development Consultants and Henriquez Partners Architects.

The new housing will be managed by the non profits, which will provide innovative services to low-income residents, as well as at-risk youth. 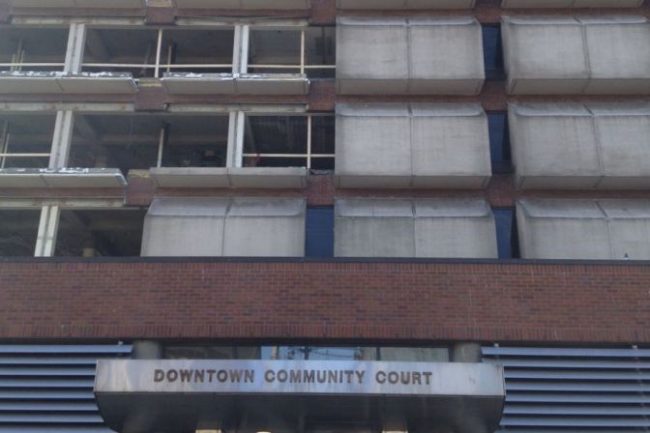 Thirty-seven of the units will be designated for at-risk Aboriginal youth participating in the BladeRunners’ trades training employment program.

The program teaches life and job skills to help youth build self-esteem and confidence, while giving them workplace training that translates into long-term employment.

“Ninety-five per cent of the kids we work with are homeless when they first start the program,” said BladeRunners’ Garry Jobin. “Our need for affordable, stable housing is unbelievable. We have six intakes a year, with 12 participants each time. If one of those kids has housing already, it’s a bonus for us.”

All other units will be available to at-risk women, low-income individuals, as well as those at risk of homelessness in the Downtown Eastside.

The Bloom Group will provide key services and support for the residents, including those who face homelessness, poverty, mental illness, addictions and terminal illness. 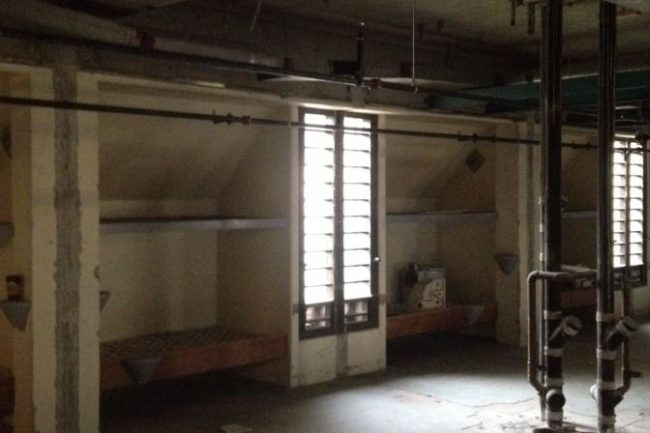 In addition to the residential units, the development will include the conversion of the existing jail gymnasium to a multi-purpose room, a community garden in the courtyard, a communal lounge and a bicycle storage facility. 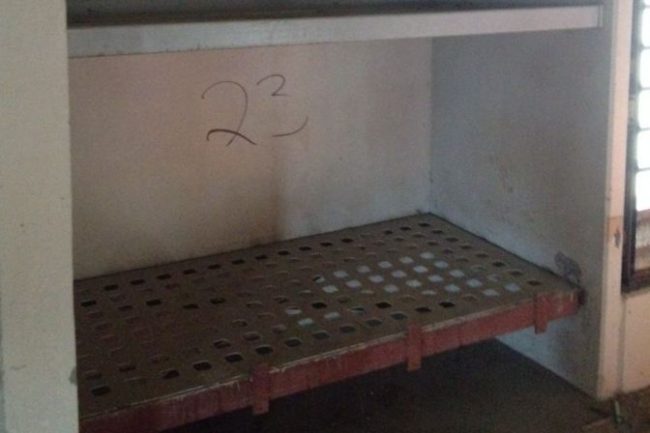 The remand centre functioned as a jail for those not yet convicted of crimes, including the Air India bombing suspects, for 30 years before closing in 2002. The property has sat vacant ever since, prompting Vision Vancouver to recommend repurposing the space in 2006.

The Bloom Group, formally known as the St. James Community Service Society, was chosen to manage the building in 2011.

Architecturally, the building is a collaboration between father and son; the original building was designed by Richard Henriquez, whose son, Gregory, now runs Henriquez Partners Architects.

“Freed from the need to incorporate security and detention elements, the new design sees the jail cells demolished and… bright, airy residential units built in their place. Large windows will replace the series of concrete pods on the main façade that once served as bed alcoves for prisoners,” Henriquez Partners Architects said in a statement.

The same company is behind the design of Gastown’s Woodward’s building, a project that merged low-income housing with market units successfully. 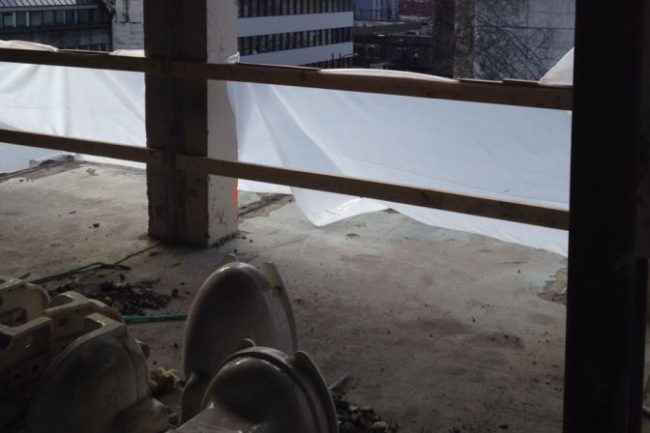 Construction on the remand centre began in January and is expected to be completed by spring 2015, according to CPA Development Consultants. So far, concrete pods have been torn off the face of the building and will be replaced by windows. Inside, jail cells and metal beds are being removed as the building undergoes the beginning stages of its renovation.

“Repurposing this space allows us to create affordable, safe housing in the Downtown Eastside for 96 individuals in the community,” says Casey Clerkson, principal of CPA Development Consultants. 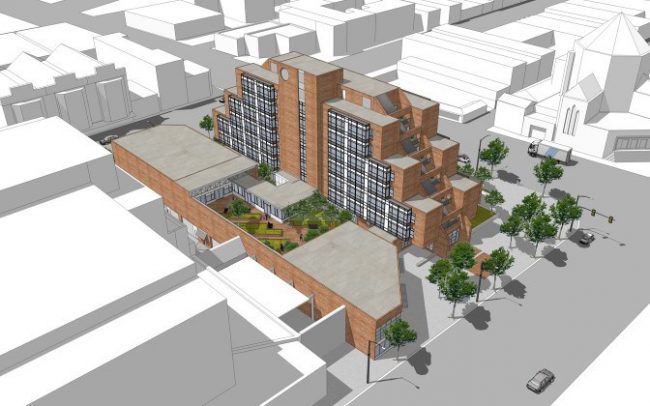 A rendering of what the building at 211 Gore Street will look like when construction is complete.

“We are honoured to be a part of this unique project. It wouldn’t be possible without the support of BC Housing, the City of Vancouver, The Bloom Group, BladeRunners and Henriquez Partners Architects, all of whom had the vision to make this project a reality,” Clerkson said. “Every affordable housing unit we can provide puts us one step closer to finding a permanent solution to helping those in need on the Downtown Eastside.”

The existing seven-storey building currently accommodates offices on the basement and ground floors, including Vancouver’s Downtown Community Court that will remain in the building.

The other six floors will house the program and housing units.

“We have made positive progress towards the goal of ending street homelessness by 2015, and innovative housing developments like this one are helping us meet the critical needs of our most vulnerable citizens,” Robertson said.