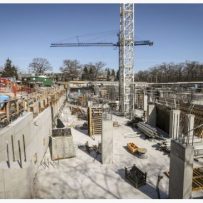 The surge in city living over suburban living is no longer an “emerging trend” but “the new normal” as millennials — and a growing number of their parents — transform downtown cores across much of Canada at dizzying speed, according to a new report.

That urbanization trend — the shift to living and playing close to work — continues to blur the lines between commercial and residential development in downtown cores, fuelling the creation of new office towers and even spurring a resurgence in rental-apartment construction for the first time in decades.

Even in the United States, where urban cores were once virtually hollowed out by the flight to the suburbs, “the 18-hour city” is “coming of age” thanks to mixed-used developments that are extending life on the streets far beyond the traditional 9 to 5, notes the look-ahead for real estate markets through 2015.

“This is a trend that is consistent with what’s happening around the world,” noted Chris Potter, the head of Canadian Real Estate Tax Practice with PwC, in a media briefing.

Demographics and provincial intensification policies, set out in Ontario’s 2006 Places to Grow legislation, have definitely accelerated the pace of downtown growth in Toronto, he added. So have concerns about the stress and environment damage caused by long commutes.

But big questions remain for the future, notes the report: Millennials now helping drive the downtown condo boom are just coming into their child-bearing years in big numbers. Where will they live as they age and have families?

Will they ever be able to afford single-family homes if their baby boomer parents opt in surprisingly high numbers to stay put as they age, only worsening competition and escalating prices for low-rise houses?

Will millennials simply adapt, like generations of young people before them in China, the U.K. and Europe, to raising their children in small, stacked apartments and condominiums? Or will they spend hours on trains each day, just like folks in London, commuting to outlying regions — beyond even the suburbs where they grew up — to find a patch of grass they can afford? 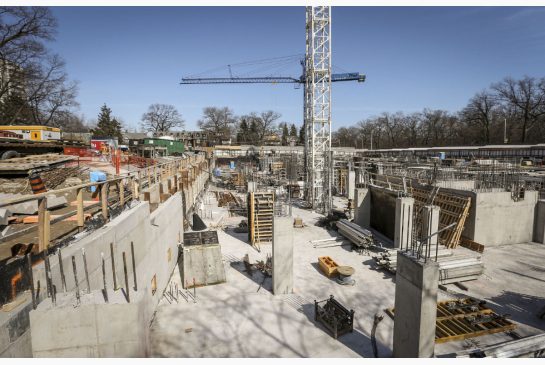 DAVID COOPER/THE TORONTO STAR
Millennials are helping to drive the condo-construction boom. The question is, where will they live once they age and have families?

Increasingly, pension funds and real estate income trusts are looking to the next frontier — construction of rental accommodation close to the core to feed demand from millennials increasingly priced out of the ownership market, said Potter.

“We may also see an increase in the number of multi-generational homes in the years to come as a result,” the report notes.

One thing of which the annual review of North American real estate trends seems certain is that there are likely to be “no shocks and few surprises” in Canada’s real estate market next year. Growth will largely be driven by strong housing sales, price gains and stepped-up office development in western cities such as Calgary, Edmonton, Saskatoon and Vancouver, according to the report.