Unbalanced budget: Does it show ‘prudence’ or a ‘nightmare scenario?’ 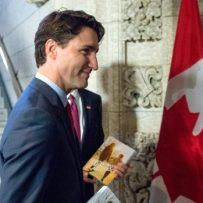 The Liberals’ first federal budget may be a $30-billion bet that big spending will lead to big growth, but Finance Minister Bill Morneau feels confident that taking the risk will stimulate the economy and pay off in the long term.

“When you think of it as spending, I’m really not on the same page. I think of it as an investment in the future,” Morneau told host Chris Hall in an interview on CBC Radio’s The House.

“Yes, we’re making investments that are going to make a difference, and yes, some of them are going to be continuing, but it’s going to get us to a higher growth rate.”

But he maintains that spending for stimulus can be done in a fiscally prudent way, and that balancing the books remains the ultimate objective.

“Balancing the budget matters because over the long term, we need to live within our means. With the growth that we’re anticipating, in about five years we should be able to get back into balanced budgets,” he said.

But there’s a caveat, Morneau added.

“That’s not a precise estimate, because we are aiming to increase growth in order to get there. We believe it’s the right thing to do.”

One of the ways the government will try to stimulate growth will be to focus on innovation. Part of the Liberals’ strategy to strengthen the innovation sector will be for Ottawa to deal more with Canadian entrepreneurs, according Navdeep Bains, the minister of innovation, science and economic development.

“How do we use government procurement?” Bains told The House in a separate interview.

Bains also said that the Liberals listened to entrepreneurs when they chose to disregard an election promise to increase taxation of stock options.
“We’re not proceeding with the changes to stock options,” he said.”It’s something that we realized from our conversations, in terms of growing the economy, it is a legitimate vehicle and means to be able to help companies start up and grow.”

Interim Conservative Leader Rona Ambrose says she doesn’t buy that explanation, nor is she happy with the choice to keep the small business tax rate at 10.5 per cent, calling the 2016 budget a “nightmare scenario” for Canadian taxpayers and small business owners.

She pointed to the loss of tax credits like the child fitness tax credit as well as the rolling back of the Conservatives’ increase for tax free savings account limits as additional tax hikes for Canadians.

Morneau defended his decision to back away from the campaign promise to lower the small business tax rate to nine per cent.

“What we believe is the thing that a small business needs most is a strong and growing economy,” he said.

“I’m someone who has spent a career in business, and when a businessperson wakes up in the morning, they’re worried about a growing economy so they can have the opportunity for their business.”

Morneau also refused to speculate on whether his government would potentially cut the tax rate at some point over the rest of the mandate.

“We are going to each year put forth a budget that reflects our view of where the economy is at that particular time,” he said.

“We are proud of what we did this year, and that’s where we’re at.”

Road map to getting back to balance?

Ambrose said the 2016 budget doesn’t have a clear road map showing how the government will get back to balance.

“[Morneau] says five years, but there isn’t actually a plan showing, OK, this is where we’re going to save, this is how we’re going to do it, this is the plan to get back to a balanced budget, and that’s important because what it signals to everyone is that taxes won’t go up any further.”

Ambrose added she’s concerned about other “big ticket items” the Liberals promised — but that didn’t show up in the budget. “If those promises — like a health-care accord — aren’t in there, how much more will taxes have to go up to make sure [the Liberals] can actually implement those promises? A balanced budget just seems like a fantasy right now.”

NDP Leader Tom Mulcair shocked Canadians during the election campaign when he promised four straight years of balanced budgets if elected.He told Hall the NDP would have sought to balance the budget by looking to increase revenue with corporate tax hikes, while still being able to offer universal pharmacare and child care.

“I think the smart way to ensure the long-term stability of your social programs is to make sure everyone pays their fair share of taxes, including corporations,” Mulcair said.

“You don’t hesitate to go into debt if the situation requires, but as a general rule, the best way to ensure those programs are there long term is to be a good prudent public administrator.”

It’s the question of prudence that Morneau himself keeps coming back to, saying the Liberal fiscal brand — previously defined by former prime minister Paul Martin’s balanced budgets as finance minister in the 1990s — remains the same.

“We are going to maintain a level of prudence, and that is something I will be watching for during my time in this role, but we’re recognizing that right now, Canadians asked us to invest in the economy. That’s what we’re going to do.”