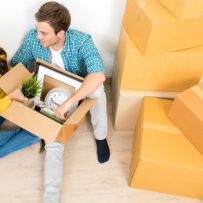 A lack of affordable housing is holding back worker mobility, the Bank of Canada says.

Bank of Canada senior deputy governor Carolyn A. Wilkins says investing in employees through training and education, for example, is one way to boost the labour market — but it isn’t the only approach needed.

The availability of affordable housing plays an important part, too.

“What is less prominent in discussions on how to improve the job market is supporting worker mobility —this would help businesses attract the right people for the job,” reads the official text of a speech Wilkins delivered before the Toronto Region Board of Trade late last month.

“Affordable housing is front and centre. It is to a large extent an issue of supply,” Wilkins continues.

In major employment centres such as Toronto and Vancouver, housing costs have soared out of reach for many Canadians.

Another issue for the job market is transportation infrastructure in the country’s major job markets. Experts have long noted how improved transit can ease housing affordability woes as it allows workers to live farther from employment centres, easing at least some demand for more centrally located housing.

When in 2017 the then-Liberal government of Ontario announced it was moving ahead with plans for high-speed rail connecting Toronto and Windsor, one economist noted it would improve housing affordability once complete.

“If there was quicker and better transit to areas beyond the very supply constrained area within the Green Belt, then it would take some pressure off for sure,” BMO senior economist Robert Kavcic said in an interview at the time.

While the Canadian Press reported this past November that the environmental assessment for the rail project was ongoing, the Progressive Conservative government did say it was mulling alternatives.

While employment statistics have been under the microscope lately as both the housing market and energy sector — two of Canada’s main economic drivers — are struggling, Wilkins says “the labour market in Canada is in good shape.”