Trying to maximize apartment leverage? Get out of the city 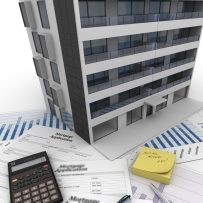 I was recently presenting to a room full of real estate agents in Montreal. The topic was lending values in different asset classes within their market.

The brokers seemed to agree with the majority of what I was saying until we broached the subject of apartments and lending cap rates. The first person to comment on our numbers summarized it nicely by saying “we haven’t seen a property trade at that high a cap rate since the Diefenbaker era”. While I didn’t fact-check this assertion, the point he was making was clear: there exists a sizable gap between the cap rates apartments sell for and the cap rates used in Canada Mortgage and Housing Corporation underwriting to establish a lending value.

CMHC is conservative in its apartment valuation as it takes a long-term view of cap rates and today’s climate is not the norm. Conventional loans use similar numbers, but I’ve focused on CMHC as its insurance is used in the majority of apartment purchases.

Investors should care about lending cap rates because they are largely responsible for limiting the maximum loan amount on their next apartment purchase. This in turn has the unpleasant side-effect of increasing the mandatory down payment, lowering the leveraged internal rate of return (IRR) on their investment and depleting resources for future purchases.

In every market in Canada, there is a gap between the two cap rates but it is wider in markets experiencing selling cap rate compression (Toronto, Vancouver, Calgary and Ottawa). To illustrate the difference, I’ve chosen Ontario as a case study.

Given that First National is one of the largest providers of CMHC-insured apartment financing in Canada, our database is an excellent resource from which to mine information. What I’ve done is look at every Ontario apartment purchase from 2013, extrapolated the maximum loan amount allowed by CMHC and then compared it to the purchase price of the asset. The figure we arrive at is the maximum-loan-to-purchase-price ratio. This number is a great tool for evaluating potential leverage in a market as well as for determining CMHC’s perception of risk in that same geography.

I’ve always been told to lead with the bad news and work up from there. In the case of leverage in Ontario, that bad news is Toronto. This city has experienced cap rate compression in the marketplace and lending underwriting has not changed to reflect that. On average, you can expect the maximum loan amount on your CMHC-insured apartment purchase in Toronto to be 70% of the purchase price, leaving the investor responsible for contributing 30% in equity.

The situation improves marginally if you include the suburbs in your data set: a meagre jump to 71%. If you look eastward towards Ottawa, the outlook does brighten to a cheery 73%, but it is Ontario’s secondary markets that deliver the highest leverage at 76%. This means that an investor will require an equity contribution that is 25% larger when shopping in Toronto versus markets like Barrie, Arnprior, Oshawa, Niagara Falls, Kitchener, Quinte West, St. Thomas, Hamilton and Timmins.

A tale of two apartments

Consider two apartment investments that have identical but fictitious terms, one in Toronto and the other in a secondary market. “Why fictitious?” Because you would never find two apartments with similar investment characteristics in markets as fundamentally different as the aforementioned. For the sake of argument, if you were to examine these two identical investments but one had the leverage available in Toronto (70%) and the other enjoyed the higher maximum-loan-to-purchase price ratio of a secondary market (76%), you would see an IRR differential as follows;

In this simplistic example we see a difference of 115 bps in additional IRR, an increase that any investor would be delighted to see. This exercise ignores several larger market factors, but it is interesting food for thought.

I am not advocating that everybody should only purchase apartments in secondary markets. There is a good reason market cap rates have become so compressed in major urban centres and that is due to overwhelming and sustained demand. The increased leverage available in secondary markets is simply another consideration when evaluating your investment strategy. 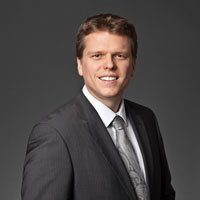 Adam Powadiuk is a Business Development Manager with First National Financial, Canada’s largest non-bank lender. He is active in most markets in the country with a focus on investment real estate. All feedback is welcome and he can be reached at adam.powadiuk@firstnational.ca.