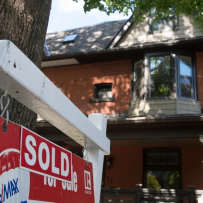 The federal Liberal government is planning to intervene in Canada’s red-hot housing market with a new tax aimed at foreign owners of underused residential real estate and with additional efforts to increase the supply of affordable places to live.

Finance Minister Chrystia Freeland tabled a budget on Monday that proposes to put a countrywide tax in place on the value of “non-resident, non-Canadian owned residential real estate” that is deemed vacant or underused. If passed, the annual one-per-cent tax would take effect on Jan. 1, 2022.

“The idea here is that homes are for Canadians to live in,” Freeland told reporters. “They are not assets for parking offshore money.”

A consultation paper will be released in the coming months to allow for input on the proposed measure, “including on whether special rules should be established for small tourism and resort communities,” the budget noted.

However, the tax would require owners who are not Canadian citizens or permanent residents to file a declaration outlining how they are using the property, “with significant penalties” if they do not, the budget says. The document also predicted the levy will increase federal revenues by $700 million over four years, beginning in the 2022-23 fiscal year.

What kind of effect the measure may have on the housing market remains to be seen. Moreover, the idea of such a tax had been floated previously by the governing Liberals, and the ongoing rush of real estate transactions has been attributed to more homegrown issues, such as low interest rates.

Still, the funds raised by the levy will help pay for spending on affordable-housing efforts, the budget said, with the federal government announcing several other measures on the subject.

The budget proposes to pump an extra $2.5 billion over seven years into the Canada Mortgage and Housing Corp., including another $1.5 billion for the government’s Rapid Housing Initiative. The launch of that program was announced in October 2020, and it was intended as a way to fund the quick creation of affordable housing for vulnerable Canadians, such as by rehabilitating abandoned buildings. According to the budget, the new money will add at least 4,500 affordable units to Canada’s housing stock, in addition to 4,700 that were already funded.

Another $1.3 billion of previously announced funding would be reallocated, the budget said, such as $300 million in 2021-22 and 2022-23 from the Rental Construction Financing Initiative.

That money will be used to help convert vacant commercial properties into a place to live, with a stated goal of 800 units of market-based rental housing. Commercial real estate has been buffeted by the COVID-19 pandemic in several ways, such as by forcing downtown office towers to empty, and the government sees an opening to turn unused spaces into affordable residential real estate.

“This is an opportunity for property owners and communities to explore converting excess space into rental housing, enhancing the livability and affordability of urban communities,” the budget says.

All told, the $3.8 billion in money related to housing supply aims to accelerate the building, repairing and support of 35,000 affordable housing units.

However, the federal government’s latest plans to involve itself in the housing sector come as the market for residential real estate has kicked into high gear in recent months, driven by low interest rates, limited supply and a demand among buyers for more space.

In March, those factors helped contribute to another all-time record for home sales, Canadian Real Estate Association figures show, with the actual national average sale price jumping by 31.6 per cent year-over-year, to $716,828.

The busy housing market has prompted talk about possible policy intervention by government and regulators, with the Office of the Superintendent of Financial Institutions recently announcing it would do just that by toughening a stress test for uninsured mortgages. Now, though, the federal government says market conditions are forcing it to act as well, although perhaps not to the extent some may have wanted.

“Combined with some constraints on housing inventory caused by COVID-19, the low interest rate environment has contributed to a recent surge in housing prices in a number of communities,” the budget says. “It is more urgent than ever that the government take action to make housing more affordable.”

Yet the tax on foreign owners won’t come into effect until 2022, and had been threatened by the federal Liberals as far back as their 2019 campaign platform. Freeland’s fall economic statement last year also signalled such a measure was in the works, and the minority Liberal government will still have to work to get its policies through the House of Commons.

A recent report from the Bank of Montreal’s economics unit looked at several possible policy options for cooling the housing market, including a national non-resident buyers tax similar to ones already levied in British Columbia and parts of Ontario. Although it would be aimed at buyers, not owners, BMO economists said “the issue now appears largely domestic-demand driven,” which could limit the effect of such a move.

“What was announced is roughly in the neighbourhood of what we were expecting,” said Doug Porter, chief economist at BMO, on Monday. “Some modest moves, but nothing that’s going to significantly alter the market.”