Trend to rent could be marking a transformational shift in marketplace 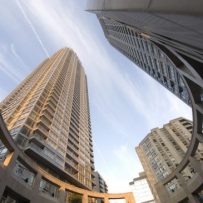 The high cost of home ownership in the Greater Toronto Area is being evidenced in new residential construction in the marketplace, with purpose-built rental apartment units expected to exceed new condominium construction within just two years, according to Colliers International’s Fall 2015 GTA Land Report, which examines the use of land for residential development.

So far in 2015, there have been close to $2.5 billion in GTA land transactions, the majority of which are either high-density or low-density purchases, with developers remaining the most dominant purchasers, representing 72 per cent of sales, followed by private investors at 23 per cent. The total represents a slight increase in sales in the second and third quarter of 2015, and is above comparative quarters in 2014. Purchasers were paying more per acre of per buildable square foot than in the previous year.

“In the GTA, we are beginning to see a noticeable decline in volume of the expected supply of new condominium units, with a noticeable increase in the supply of new purpose-built rental apartment units,” says Ian Gragtmans, Colliers’ executive vice president in Toronto.

“Developers are considering the possibility of including high-end amenities in these purpose-built buildings, such as fitness centres, swimming pools and party rooms to attract the millennials and young professionals who prefer to stay and rent in the downtown core to be close to work and avoid commuting. This trend to rental units is a different outcome than what the market has been accustomed to in recent years.”

The Colliers International Land Report states that caution is in order as it is yet to be seen whether this trend will take hold in future years. According to Colliers, it is important to note that purpose-built developments are currently only located close to downtown Toronto, in areas such as King Street West and Queen Street West, both popular spots for young professionals. While 2017 is expected to see a higher supply of purpose-built rentals than condominiums, it is uncertain whether this trend will continue.

The largest land transaction by far in the GTA to date occurred in the City of Markham, with Colliers International navigating the process from start to finish. The 417-acre York Downs Golf and Country Club sold for $412 million and represents the largest land deal the GTA has seen in many years.

“The second largest land deal was a low-density land purchase in Richmond Hill for slightly above $100 million,” said Gragtmans. “Notable about this deal was the value per acre, at slightly more than $1 million per acre, the highest in the GTA this year. This is a testament to the growing value of land in the GTA as availability lessens due to robust development throughout the region.”

Among land purchases, most in the City of Toronto were completed in the west side of the downtown core, near King Street West and Queen Street West, further evidence of the strength of the purpose-built rental market in those areas. The Yonge and Bloor neighbourhood, the interchange of the TTC’s lines 1 and 2, was another strong area for land purchases.

In the suburban GTA markets, York Region, Peel Halton and Durham all reported a rise in transactions, particularly in the cities of Oakville and Pickering.