Toronto wins the right to crack down on shady Airbnb-lords 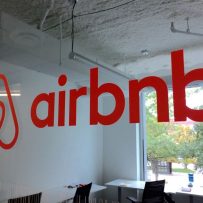 A long fought battle between the City of Toronto and local Airbnb hosts over new regulations governing short term rentals is finally over after nearly two years of delay-fueled frustration.

The provincial government’s Local Planning Appeal Tribunal (LPAT) announced today that it had ruled in favour of Toronto, effectively allowing the city to crack down on sketchy ‘Airbnb-lords’ for the first time since approving new bylaws to do so in December of 2017.

It’s a major blow to people who run the unregulated “ghost hotels” that have been jacking rents up across the city, and a huge victory for affordable housing advocates.

“One fact is indisputable: each dedicated short-term rental unit displaces one permanent household. That household must find another place to live,” wrote adjudicator Scott Tousaw said in his ruling on Monday.

Tousaw also noted that as many as 5,000 units could return to the long-term rental market thanks to the city’s new rules. 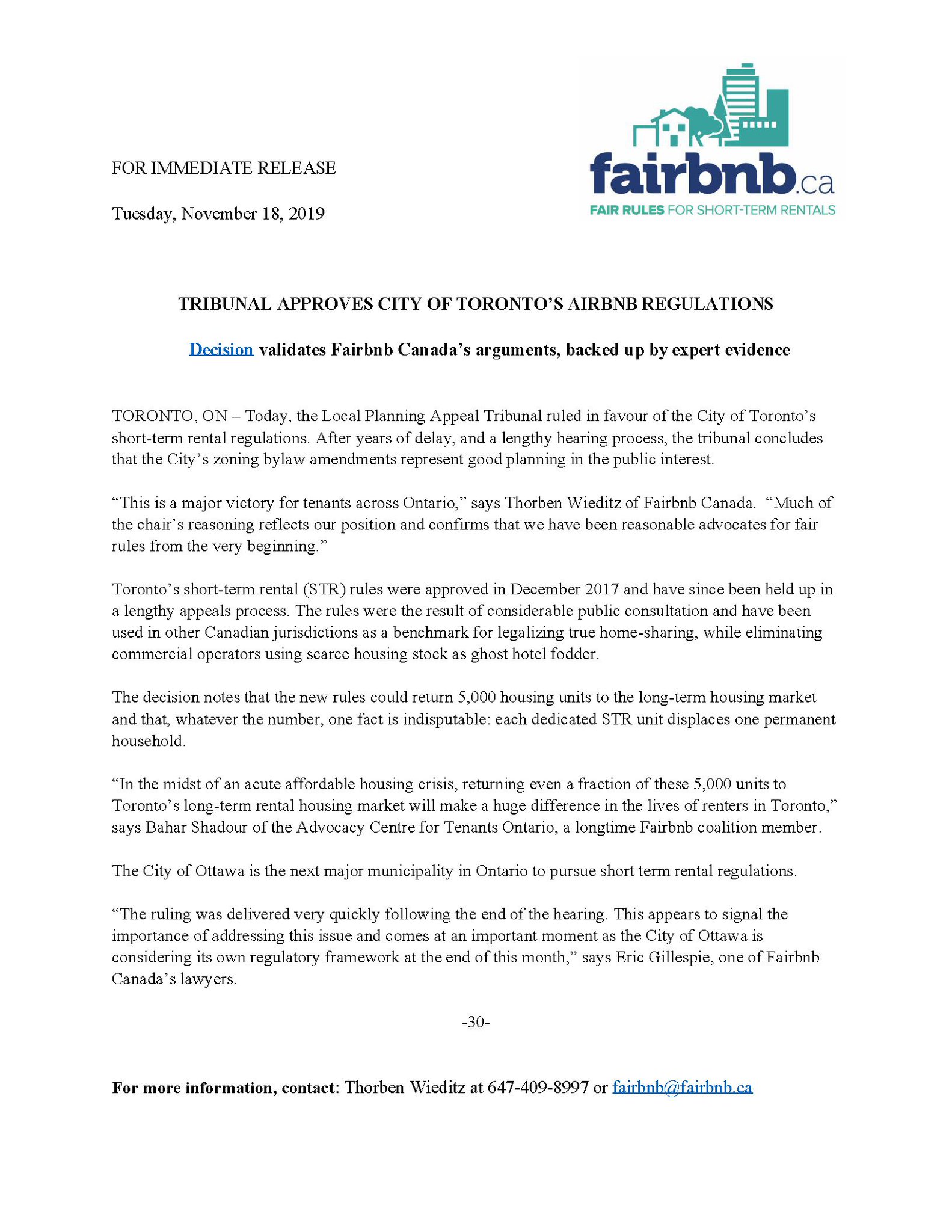 The new short term rental regulations, which include capping the number of days anyone can rent out a single property for, were originally supposed to have come into effect over the summer of 2018.

A coalition of people who make a lot of money through Airbnb contested the new short term rental bylaws as approved by City Council, however, forcing the issue to a formal appeal.

That appeal hearing was delayed by more than a year, thanks to a weird scheduling situation, eventually taking place over nine days in October of 2019.

Today, with the announcement of the LPAT’s ruling, Airbnb hosts must officially kiss a ‘goodbye’ to the appeal that they’ve been using to skirt Toronto’s new, stricter regulations.

“This is good news for Toronto residents and a step in the right direction when it comes to regulating short-term rentals and keeping our neighbourhoods liveable,” said Toronto Mayor John Tory of the LPAT ruling on Monday.

“As the LPAT decision notes, these regulations represent ‘good planning in the public interest.'”

Here are the basics of Toronto’s short-term rental (Airbnb, et al) rules, just upheld by the LPAT. Max of 180 nights a year for whole-house rentals, $50 registration fee, 4% tax on all rentals. https://www.toronto.ca/community-people/housing-shelter/rental-housing-standards/short-term-rentals/ … 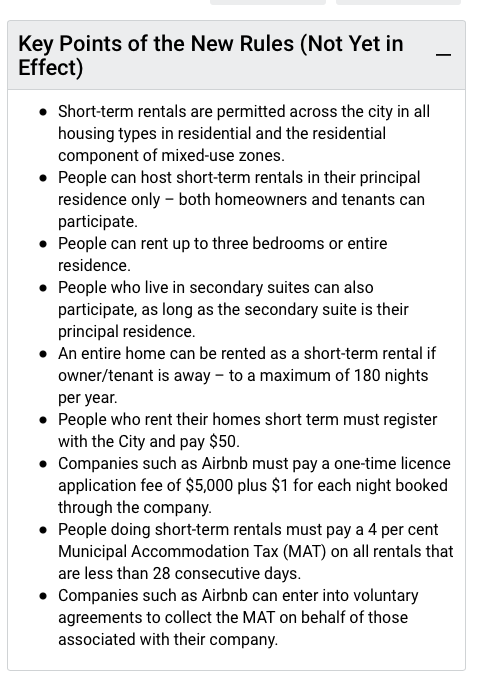 As originally explained by the city’s Licensing and Standards Committee, the so-called Airbnb regulations are aimed at eliminating short term rental properties which are having negative impacts on housing affordability and availability in Toronto.

One way they’re doing this is by requiring anyone who rents a unit through Airbnb (or similar vacation rental platforms) to be the “principal residents” of that space.

Read: You can’t buy an empty condo in CityPlace and rent it out year-round for extra cash. Not anymore.

A person needs to live in an Airbnb property, either as owner or tenant, under Toronto’s new regulations, and is also now required to register with the city for an annual fee of $50.

The rules also restrict the number of days any resident could rent out their space on a short term basis to 180 nights per year. People are still allowed to rent out up to three rooms within their houses year-round, but must pay a 4 per cent tax on all rentals of less than 28 days.