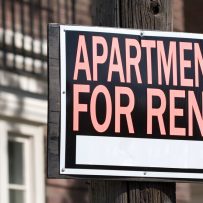 Purpose-built rental construction slowed in 2020 following the onset of COVID-19. After reaching a multi-decade high of 13,764 units under construction in the GTA in Q1-2020, the number of rentals under construction declined to 12,521 units as of Q4-2020, which was slightly below the level in Q4-2019 (12,551 units) but the second highest year-end level in more than 30 years.

Condominium rental lease transaction volume in the GTA increased 25% in 2020 to a record high of 38,366 units. However, the number of units that became available for rent last year increased by 46%, resulting in a 162% annual increase in year-end active listings to a record high 8,066 units. Measured against the monthly average rate of absorption in Q4-2020, there was 2.0 months of inventory on the market for condo rentals at the end of the year, up from 1.4 months at the end of 2019 but down from the high of 3.3 months at the end of Q2-2020. Two-thirds of all lease activity in 2020 occurred during the second half of the year as renters took advantage of rent discounts.

“The GTA rental market faced its toughest challenges to date in 2020 due to COVID-19. While rents have a long way to go before returning to their peak and supply will continue to be a headwind in the near-term, some improvement can be expected in 2021 as vaccinations eventually lead to higher immigration and at least a partial return to the office for downtown workers and in-class learning for post-secondary students.”

Urbanation’s UrbanRental subscription provides quarterly market reports and online historical database access for newly completed, under construction and proposed purpose-built rentals in the GTA and Hamilton-Grimsby, in addition to secondary condominium rentals in registered buildings. Urbanation surveys purpose-built rental projects developed since 2005 for market rents and vacancies through our direct relationships with rental building owners and management companies, and our continuous monitoring of information on units becoming available for rent.  We regularly conduct in-person site visits and provide full profiles for every new rental project surveyed. Our rental database also tracks development progress for every new rental project under construction and proposed for future development.