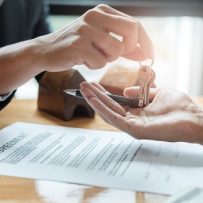 Toronto Mayor John Tory aims to make affordable housing a key focus of his administration should he win a second term, the incumbent said in a speech before the Scarborough Business Association on Monday. “It’s a sign of a success in a certain way that more people want to come here… but the result has been that there are many people finding it very expensive to live in the city.”

In his address – given hours before the deadly van attack on Toronto’s Yonge Street – Tory stressed the housing affordability is a very important need for both humanitarian and economic reasons. “We need for people to be able to afford to live in Toronto – no matter who they are or how much, or how little money they make. And that means, very simply, creating dramatically more affordable housing for people.”

The mayor said the city has been making progress on the issue, but he believes Toronto still needs to ramp up its efforts. Tory outlined steps of his plan – such as increasing the city’s targets for the creation of affordable housing, with a focus on rentals, CBC News reported. Tory also floated the idea to use CreateTO – the city’s consolidated real estate body – to purchase sites that could be used for housing purposes across the city.

He also wants to create a standing committee on housing at city hall and restructure city resources to increase coordination among city staff, CBC News added. “Neither of them involve adding people at city hall,” Tory said. “What they involve is making better use of people.” Toronto’s mayoral election is set for October 22 this year.

According to RBC Economics’ latest housing affordability report, housing affordability approved in the Toronto area during the last three months of 2017, after thirteen-straight quarters of deterioration. But the report added that Toronto homes still needed to allocate 75.1% of their household income to cover ownership costs. Even buying a condo, the more affordable housing option, would require a 43.1% share.