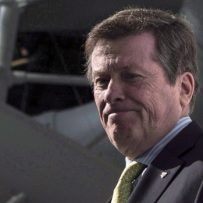 “I can confirm that no discussions are taking place with respect to the sale of Toronto Hydro to anyone,” Tory said in an emailed statement.

The two companies have been in discussions about the deal for the past few months but the talks have not entered final stages, one of the people said. They cautioned the talks could fall apart. The combined company could generate potential synergies of about $1 billion, the people added.

The city of Toronto, which owns 100 per cent of Toronto Hydro, is also exploring other ways to monetize its assets, including by publicly listing Toronto Hydro, as well as by selling its Green P parking business or other real estate assets, one of the people added. The Green P parking asset, which includes a popular app, is likely worth more than $1 billion, that person said.

Canada’s most populous city needs a massive infrastructure upgrade to meet the growing demands of residents. But the city has struggled to raise sufficient funds to finance its rail and road networks.

Toronto Hydro has also been under financial pressure as it attempts to make infrastructure investments surrounding its electricity grid. Last November, it cut its dividend to the city of Toronto.

A deal would also help Hydro One’s growth ambitions as a public company after it raised $1.8 billion in one of Canada’s biggest IPOs in 2015. Hydro One, backed by the province of Ontario, has a market value of $14 billion.

Spokesmen for Hydro One and Toronto Hydro declined to comment. The people declined to be identified as the talks are confidential.

While the talks are making progress, a successful deal faces significant hurdles as it requires approval of the city council. It would also have to overcome potential opposition from unions.