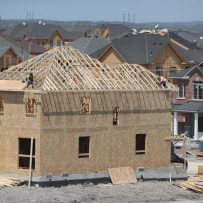 The home building industry is warning that COVID-19 related construction delays will make Toronto’s housing shortage worse by stalling up to 9,000 housing starts and the occupancy of another 8,000 in the next 18 months.

A third of housing projects are behind schedule by six months or more, according to a Building Industry and Land Development Association (BILD) mid-May survey of the its members being released Monday.

The findings underscore the recommendations of a BILD report released two weeks ago recommending billions in stimulus spending, tax cuts and delays, changes to mortgage rules and approval and planning efficiencies needed to help speed Ontario’s economic recovery through construction.

“Now more than ever, all levels of government must work together to make sure that proper measures are in place to remove barriers that will unlock consumer and industry construction investments to help kick-start the economy,” said BILD CEO David Wilkes in the survey presss release.

It found that 65 per cent of the City of Toronto housing sites were delayed between three and six months even though construction was permitted to continue as an essential business through the provincial pandemic lockdown.

Eighty-three per cent of construction sites that were still in the early excavation stage when Ontario declared an emergency in March are delayed three- to six-months. Eleven per cent of those projects face delays longer than six months.

Eighty-five per cent of projects that were at the above-grade phase of construction are three to six months behind. While 10 per cent have no delays or only minor holdups and five per cent expect to be six months or more behind schedule.

BILD said the results were similar in other parts of the GTA.

Since the Ontario government declared a state of emergency on March 17, builders have been permitted to continue working on homes near completion and on critical infrastructure projects such as hospitals on the condition that they maintained safe work sites.

But supply chain disruptions and other delays impeded progress of construction, said Wilkes.

“Worksites had to appropriately adjust to COVID-19 protocols as social distancing rules negatively impacted productivity and some municipalities had to adjust to working remotely. This slowed processing of planning and building applications and stalled developments and construction projects,” he said.

Reduced construction activity in the multi-family home category in the City of Toronto could cost 10,000 jobs annually and $850 million in lost development charges, HST, property and land transfer taxes, said an analysis of the survey by Altus Group, the company that tracks the new home construction industry.

Story by: The Star