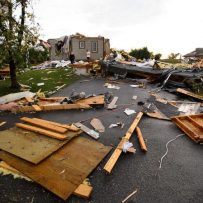 Extensive damage to houses was reported by residents in Ottawa and in nearby Dunrobin. In Gatineau, Que., cars were overturned on Highway 50, said Environment Canada, which confirmed a tornado had touched down in the region.

Approximately 25 people were injured in the storm and at least six were taken to hospital for treatment, the city of Ottawa said in a statement, adding that about 100 buildings were damaged.

Chris Angeconeb, his wife and their two sons went outside after getting a weather alert on their phones and saw a wall of rain and cloud coming toward their neighbourhood in Dunrobin.

Angeconeb, 52, said the clouds started to revolve in the sky and then it got eerily calm. One his sons, who is a volunteer firefighter, said it looked like a tornado was coming.

From the basement where they took shelter under the stairs, they could hear objects hitting the house.

“You could hear things ripping. The wind was just amazingly strong,” said Angeconeb. “It was intimidating and scary.”

After a few minutes, the noise subsided and when they went upstairs, there was debris everywhere.

“It was devastation,” he said. 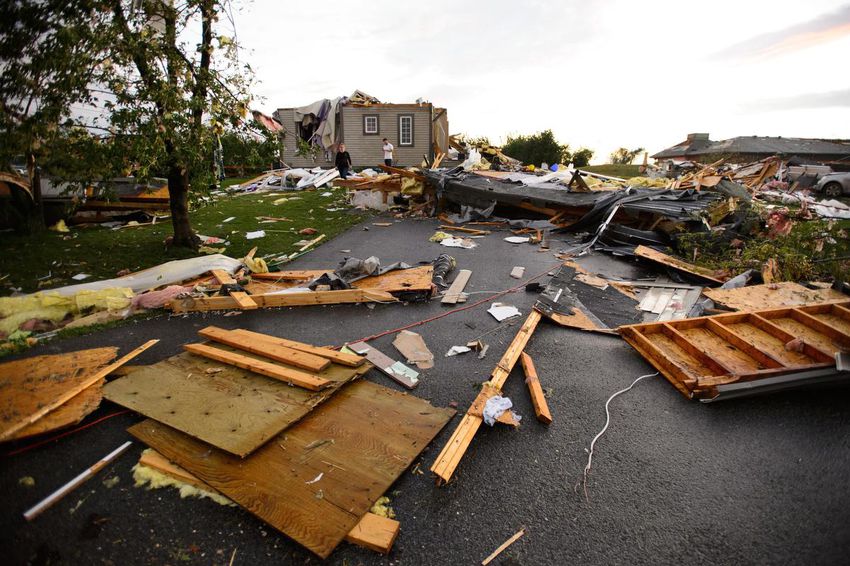 “The house across the road — their garage was gone. Our good neighbour’s house — their house looked completely destroyed. And his neighbour, two doors down, their house was gone. The top level was gone and it was just the basement left.

“The man who lives there was asking for help because his sister had been hurt.”

Angeconeb said his house was in a relatively good shape, but the southwest side was damaged. The roof was ripped off in that corner and pieces of lumber were lodged in the wall.

“We were freaked out by it all. There is a little bit of shock on the part of everybody in our house, but otherwise we are OK.”

The family is going to spend the night with friends in a nearby community after firefighters asked them to leave the area over concerns about natural gas.

“I don’t think they are going to let us in there until a structural engineer goes in there and has a look and makes sure everything is safe,” he said, adding that first responders should be commended for getting to the neighbourhood quickly.

“We had a really fast response from the Ottawa fire service. It really helped a lot that they were there to make sure we were OK.”

Peter Kimbell, a meteorologist with the national weather agency, said a line of thunderstorms running from west of Ottawa and into Gatineau were expected to continue into Friday night.

The city issued a statement Friday announcing the opening of a mobile command post and an emergency measures centre. Municipal authorities also carried out evacuations in collaboration with the Red Cross and the campus of Cegep de l’Outaouais was converted into a disaster centre.

Prime Minister Justin Trudeau urged residents of both cities to “stay safe, follow the instructions of first responders and check in with people who might need extra help.”

“We’re monitoring the situation and thinking of everyone affected,” he said on Twitter.

The city of Ottawa said there were two areas of suspected tornado damage, Dunrobin and Nepean. 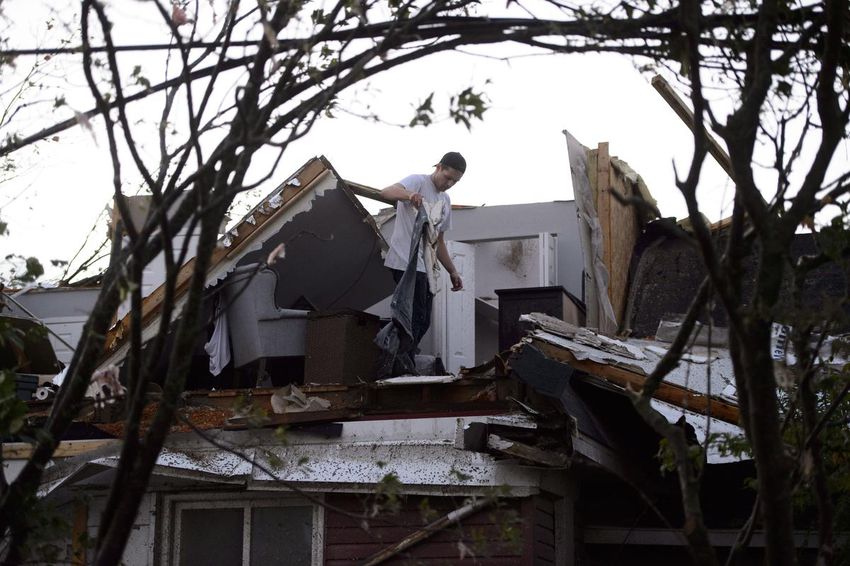 The roofs were torn off a school and several apartment buildings, he said, estimating about 1,500 people have been displaced.

Ottawa resident Glenn Johnson said he and his partner were in their kitchen just after 5:30 p.m. when the storm blew out their windows.

He said the roof of his neighbour’s house was torn off and the second storey of another house was gone by the time the intense system passed.

“You can’t even get down the street because there are so many giant trees that had been taken down,” Johnson said. “My backyard just looks like a junk yard right now.”

He said he has gone door to door to check on neighbours and wasn’t aware of any injuries in his area.

“There had been kids in the park right behind our place up until about 15 minutes before this happened and there was a big tree that went down in the park where the kids’ playground is,” Johnson said. “It could have been much, much worse.”

Matthew Willson was moving his lawn in Pinhey’s Point when his wife told him to come inside to seek shelter.

After the raging winds calmed down, he received a call from his mother, asking him to check on her barn. When he got there he saw the barn roof ripped off, with trees scattered on the ground. 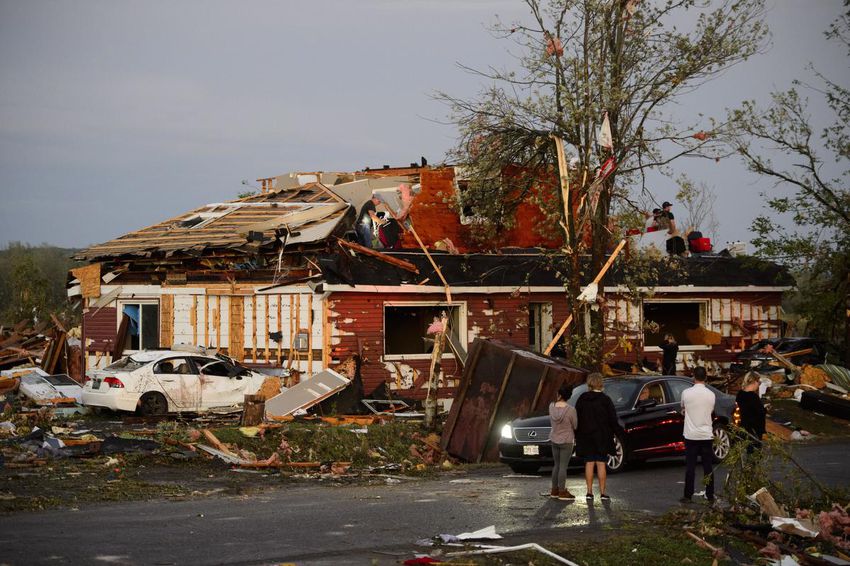 The roof of the barn was shorn off. Willson and much of his community had received a warning about the tornado around 4:30 p.m., right before it hit.

“Realistically,” he said, “if it was coming over the top of us we wouldn’t have had time to do anything.”

Willson said he went to the Dunrobin store, a general store and community hub where locals gathered and where Willson got pizza with his kids on Friday nights.

He said the store was severely damaged. Across the street, the Heart and Soul café and gift shop, a family-owned business, was also hit.

“Right now there are no words and we do not know where we’re going to go from here,” said the family in a Facebook post.

“Please pray for us as we have suffered a loss such as this once before and I do not know if we could survive another,” they added. According to the store’s website, the property was built in the 1900s but destroyed in a fire in 2008. The store reopened after almost a year, the site said.

Ottawa Hydro said there were more than 85,000 power outages in the city because of the storm.

The Greater Toronto Area saw thunderstorms and wind gusts of up to 80 kilometres per hour, also leaving thousands without power.

Hydro Toronto said on Twitter that more than 5,000 customers were without power and restoration efforts were expected to last into Saturday.

“We have all available crews out in the field,” Toronto Hydro said. “They’re working in dangerous conditions and, at times, are not able to start repairs until the wind weakens.”

Alectra Utilities, which covers most of the GTA, said more than 6,000 residents were without power.

With files from Premila D’Sa