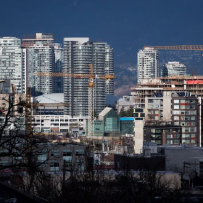 We are often told that building affordable housing is just too expensive: Land prices are too high, construction costs are rising, development fees and labyrinthine bureaucratic processes are stifling projects.

There is some truth in each of these, but to really get a major build-out of affordable housing we need to stop relying on the current privatized, for-profit approach to housing in B.C. and Canada.

To achieve the public goals of affordable housing, and the related social and economic benefits, we should expand the stock of non-market and co-op housing with public-led approaches and non-profit development.

In previous research, we called for 10,000 new, non-market rental units per year to be built in Metro Vancouver to keep up with population growth and to alleviate the imbalance in the rental housing market. Our most recent report does the math on the costs of building that housing and how it can be delivered at much lower rents than for newly-built market rental housing.

It is usually assumed that for-profit developers must lead in the delivery of new housing supply even as this model seems unable to deliver the affordable housing we need. For-profit developers build with the expectation of reaping current market prices for their units, whether rental or ownership.

These prices are out of reach for the vast majority of renter households (who have lower than average incomes to begin with). An analysis by Coriolis Consulting for Metro Vancouver found that private for-profit development leads to much higher rents.

To fix this broken market at its source, let’s scale up the capacity of public and non-profit developers to build the housing we need while driving down costs by eliminating parking requirements, waiving municipal fees and accessing lower-cost, government-backed financing. Using wood-frame construction and public or contributed land would also reduce costs.

Housing delivers a stream of income into the future in the form of rents. We are interested in the “break-even” rents needed to cover the upfront construction costs and monthly operating costs of new housing so that housing pays for itself over time (in this case, 50 years).

For non-profit housing, average break-even rents could be as low as $1,273 per month for a one-bedroom, $1,641 for a two-bedroom and $2,009 for a three-bedroom wood-frame construction with contributed land. These rents are much lower than current market rents and could be locked in at affordable rates and managed by co-ops or community housing organizations.

Apart from a contribution of public or highly subsidized land, we do not assume further government subsidy to renters in determining these average break-even rents. For land, the logical starting points include land owned by a non-profit society or government, land acquired through transit development or land currently zoned low density that could be rezoned for higher density.

We should also add to the stock of public land through more progressive property taxation, which would also help tame land prices.

Deeper affordability could be achieved through a cross-subsidy within a building or series of buildings. Rather than all one-bedrooms renting at $1,273, one-third of the units could rent at the average, one-third could rent at $750 per month and one-third close to a market rate of $1,796. Many combinations and tiers of a sliding scale are possible.

To be genuinely affordable, housing costs must not exceed 30 per cent of household income. At $30,000 per year, rent of $750 per month meets this test. For people with the lowest incomes, additional public income or rent support would be needed to ensure affordability at 30 per cent of income.

Ultimately, scaling up the non-profit development of non-market housing on public/community-owned land is key to achieving the public goal of affordable housing over the long term.

Story by: The Province