THREE YEARS IN, HAS B.C.’S SPECULATION AND VACANCY TAX MADE A DIFFERENCE? 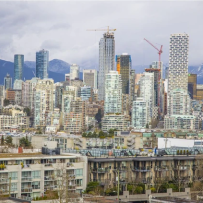 On the third anniversary of B.C.’s adoption of a vacant home and speculation tax, the province says the tax has turned empty units into homes.
But experts remain divided on its benefits and note it’s hard to isolate the tax’s exact effect on the supply and market of housing and rental stock.

The B.C. Ministry of Finance, in a 22-page technical briefing to mayors made public Wednesday, points to Canada Mortgage Housing Corp. figures that it says shows the tax “helped” add 18,000 units to the long-term rental market in Greater Vancouver in 2019 and 2020 as investors repurposed their properties toward long-term rental and added newly completed units to the market.

The tax was introduced in 2018 by Premier John Horgan’s NDP government, in part, as a response to escalating home prices in urban areas and low rental vacancy rates and high rental prices.

It applies to all owners of empty homes — although foreign owners pay a higher tax — in the Metro Vancouver, Victoria, Nanaimo and Kelowna areas.

Rental rates in Metro have fallen recently but remain high and housing prices continue to rise.

Tom Davidoff, an associate professor at the Sauder School of Business at the University of B.C., said it’s difficult to isolate the exact effect of the speculation and vacancy tax as there are other factors at work, including the City of Vancouver’s vacancy tax and the foreign-buyers tax, also introduced about the same time.

“I think there was some effect. But you know, it’s hard to disentangle from everything else that goes on in the world,” said Davidoff, director of the UBC Centre for Urban Economics and Real Estate.
“I think, on an annual basis going forward, what it does is it keeps stuff in the rental market,” he said.

He believes the increase in rental units is tied to the premium price for new units in the market, units that haven’t been subject to rent controls. The CMHC report noted the average asking rent for vacant units was 21.4 per cent higher than the overall average rent for occupied units in Metro.

Pavlov said that the speculation and vacancy tax and other NDP housing measures are choking new housing starts, pointing to a recent drop in building permits in the Metro area.

Pavlov says the tax can devalue a new housing asset because it reduces flexibility in its use and can also reduce other government revenues, such as from the property transfer tax.

“The way to increase affordability is to increase supply,” said Pavlov, who specializes in risk management for real estate investments, mortgages and financial derivatives.

The latest CMHC rental market report notes that a combination of “market forces and housing policies from different levels of government” have led property owners to convert units from existing uses to long-term rental, creating new rental supply. The CMHC report notes that in 2020, 3,631 of the 7,137 condo units added to the rental market were conversions of existing units to long-term rental.

The report, however, notes that with lower demand in the short-term due to less tourism because of COVID-19, it’s likely that some of these conversions are the result of investors choosing to rent their units to long-term tenants.

The B.C. NDP government also highlighted the $231 million raised by the speculation and vacancy tax that has gone to support affordable housing.

For the 2020 fiscal year, the speculation and vacancy tax is expected to raise $81 million.

Provincial law requires that money go to housing priorities and a lot of it goes to B.C. Housing, which provides affordable housing in the province.

In providing statistics on the speculation and vacancy tax, the B.C. government stated that more than 99 per cent of British Columbians are exempt from paying the tax for the third year in a row. The province added that foreign owners and satellite families are paying the majority of the tax.