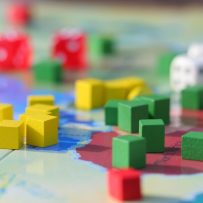 It was different back then.

In April 2015, Canada’s national housing agency gave the green flag to Vancouver and Victoria’s real estate markets. Meantime, it was only cautioning that researchers noticed “moderate” signs of troublesome conditions in Toronto. Regina and Winnipeg were facing the strongest risks — how times have changed.

Flash forward to the second quarter of this year, and the Canada Mortgage and Housing Corporation (CMHC) is seeing red in three more markets than before.

Using its colour-coded system, it denotes this elevated level of risk with red. Yellow means the evidence is “moderate.” Green signifies it’s “weak.”

At BuzzBuzzNews’ request, CMHC has updated a chart comparing its regular overall assessments of major Canadian housing markets dating back to 2015, when it adopted its current format for the regular report.

The chart suggests how risks over the past two years have evolved in Canada’s housing market, with the worst conditions no longer seen only in the prairies.

The overall assessment for each of the 15 major census metro area markets analyzed is based on their performance in four categories: overheating, price acceleration, overvaluation and overbuilding.

CMHC’s analysis of nearby Hamilton, where price gains from Toronto are spilling over as would-be GTA buyers descend on the city in search of cheaper housing options, mirrors its findings in Ontario’s capital.

Two years earlier, overvaluation was CMHC’s primary concern for the Toronto market, and even then evidence was “moderate.” Hamilton wasn’t on the agency’s radar; it only began tracking the market in August 2015.

Saskatoon, meantime, showed strong signs of an overbuilding problem and moderate overvaluation, earning it an overall assessment in the red, a far cry from its “low risk” status of April 2015.

Vancouver and Victoria rounded out the red markets, with CMHC classifying both as having strong symptoms of overvaluation and moderate signs of prices that are rising too quickly. While Vancouver, which has seen home price growth substantially reduced about nine months after BC introduced a foreign-buyer tax for the metro area, wasn’t flagged for overheating, Victoria received a yellow evaluation.

In April 2015, it was clear sailing for the Vancouver market. CMHC dubbed it “low risk,” with commentary that today sounds like it’s describing some other city.

“Despite high Vancouver home prices, demand for housing across the price spectrum is supported by a growing population and growth in personal disposable income,” the older CMHC report reads. “First-time home buyers focus on lower-priced options in the suburban locales.”