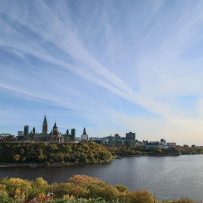 Toronto has claimed the title of highest rent in the country for the past few months, but other Canadian cities have seen rents rise at a steeper rate, according to a new report from rental listings site PadMapper.

While the average rent for a Toronto one-bedroom apartment sat at $2,200 last month, the city saw a 14 per cent year-over-year price appreciation, a slower rate than five other Canadian cities.

In fact, the city with the fastest rising year-over-year rent in September was Windsor. While it has some of the lowest rents in Ontario, the city is seeing prices climb at an increasingly speedy rate. The average rent for a one bedroom apartment jumped 5.6 per cent month-over-month in August to $750, and was up a whopping 15.4 per cent year-over-year.

Meanwhile, the popular Hamilton market saw the average rent for a one-bedroom apartment grow 15 per cent year-over-year and 4.5 per cent month-over-month to $1,150.

Hamilton has been having a banner year, benefiting from what locally-based realtor Mike Heddle calls the “Manhattan effect.”

“When you look at an area like the Greater Golden Horseshoe, you’ve got a limited amount of space, because you’re boxed in by the lake and the Greenbelt. At the same time, roughly three-quarters of the country’s GDP comes from the area,” he told Livabl earlier this year. “It’s no secret why Hamilton’s market is doing well given the circumstances.”

Coming in third, fourth and fifth spots were Kingston, Ottawa and St. Catharines, which saw rent for a one-bedroom apartment grow 15.2, 14.8 and 14.6 per cent year-over-year, respectively.

Ottawa is another market that has outperformed the rest of the country in 2018. Earlier this year, RBC senior economist Robert Kavcic named the city Canada’s top labour market.

“We’ve been very bullish on Ottawa for a while now (the city, not the hockey team), and it shows,” he wrote. “The city boasts the highest median employment income per family, and has seen its jobless rate sink nearly two percentage points below the 21-city average.”