‘There are worries ahead’: Experts react to Bank of Canada’s rate hike 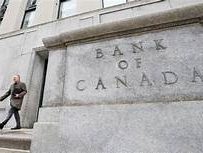 The Bank of Canada raised its benchmark interest rate by a quarter percentage point to 1.5 per cent Wednesday, even as the economy faces fallout from widening trade uncertainty.

Here’s a look at what economists and analysts are saying about Governor Stephen Poloz’s fresh interest rate increase.

“I thought this was about as neutral a statement as you possibly can put into the marketplace given that you have hiked rates…We’re pretty much in uncharted territory in the sense of we’ve never been this indebted, rates have never really been this low, and [Poloz] is trying to reverse the ship without turning the ship over.”

“Right now is probably the pocket that they have to do this. They probably have about a year to get some interest rate hikes into the economy before we start feeling some of the headwinds created by trade.”

“Based on our interpretation of the bank’s statement, we think that policymakers envisage a somewhat faster pace of tightening, but still think that disappointing data will persuade the governor to stand pat for some time and then, eventually, to force a reversal, with rates falling next year.”

“Despite hiking rates today, the Bank of Canada is in no rush to continue pushing rates higher given the uncertainties surrounding trade, lingering concerns about housing and household debt, and renewed belief that there’s some labour market slack.”

“There are worries ahead, growth hasn’t been stellar, but the backdrop has been just good enough for the Bank of Canada to nudge rates a quarter point higher. A statement announcing a rate hike has to sound hawkish enough to explain why the move was necessary, and this one met that mark by citing stabilizing housing, better exports and capital spending despite trade tensions, and roughly two per cent growth ahead.”

“There is a risk that the bank has set itself up for disappointment. It is challenging to see over-extended consumers contributing as much to growth as the bank expects in the coming years, and it is unclear why exports, which have failed to capitalize on healthy U.S. demand to date, are likely to accelerate meaningfully against a backdrop of heightened uncertainty.”

“At this point the bank isn’t even sure where they’re heading next, until it gets those next few data points. It’s clear they want to push rates higher … but it’s going to be very much data-dependent. The trade risks out there mean that there’s a lot of uncertainty and if things continue as they are and we just have some decent data going forward and the trade risks … really don’t crystallize, things don’t get worse on that front, I think the next move could come as soon as October. But that’s contingent on a lot of ifs, ands or buts.”