The story of Calgary’s most famous structure, as told through photos and fun facts 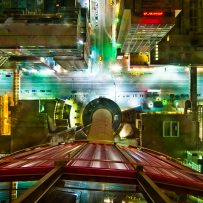 Ah, the Calgary Tower… the city’s most iconic building, for better or worse. To mark its belated 46th birthday, we’ve rounded up a collection of (mostly) historic photos and fun facts of the tower that Vice magazine once described as looking like “someone hucked an old Campbell’s soup can on top of a concrete pillar.”

Originally named the Husky Tower, the tower was conceived as a joint venture between Marathon Realty and Husky Oil. It cost $3.5 million to build. 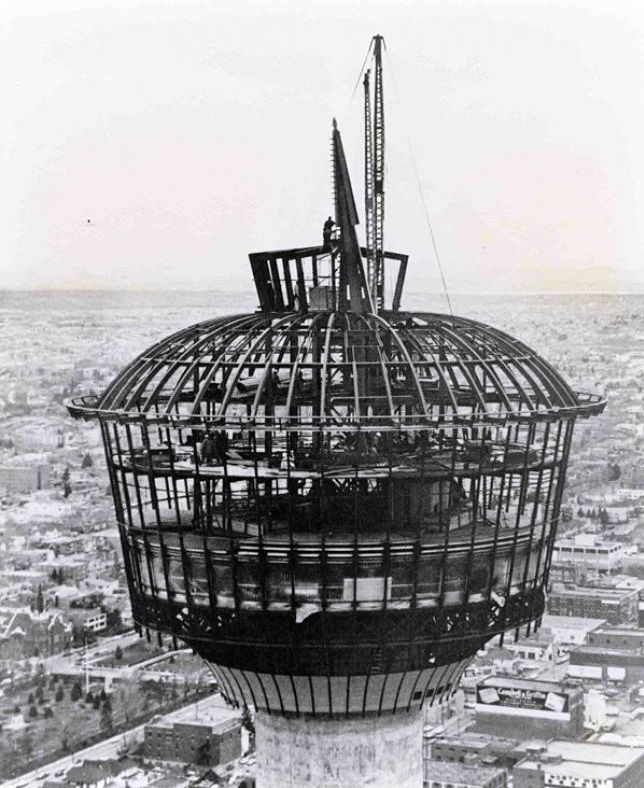 The Husky Tower was the tallest structure of its type (free-standing tower) in North America when it first opened on June 30th, 1968. 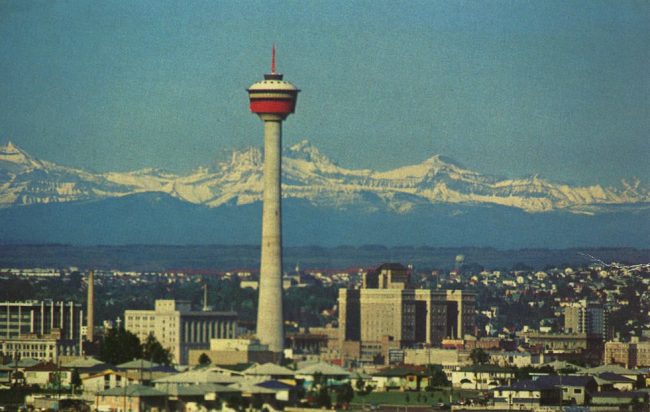 While it was under construction, developers claimed the tower would be only 614 feet tall in hopes of preventing competing projects from surpassing its height record. After construction wrapped up, the City of San Antonio promptly built a tower that was 623 feet. Only when the San Antonio tower was finished did the City of Calgary revealed that its tower was actually 628 feet. 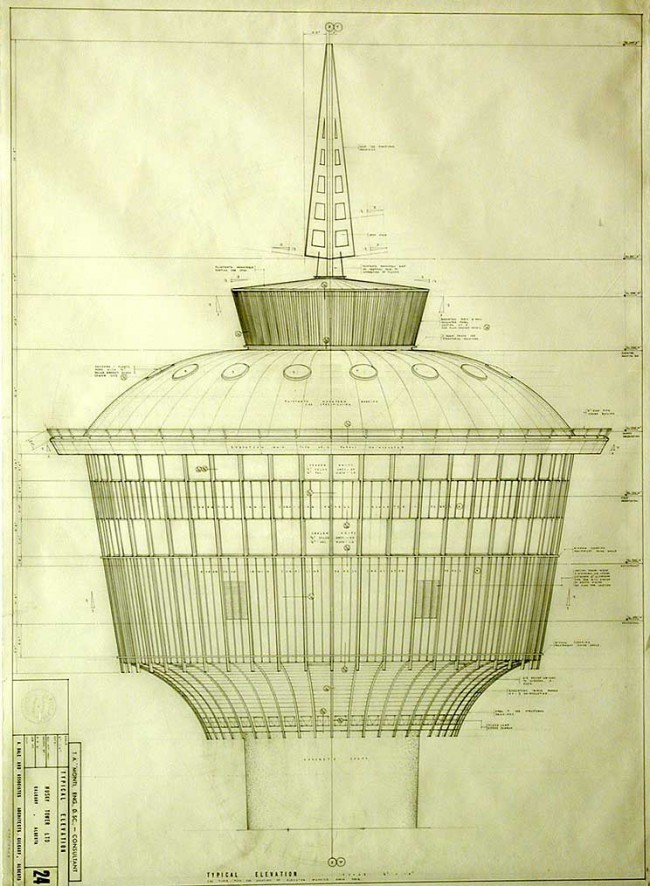 The architect of the Calgary Tower was as cagey as the developers were about its height. The late Bill Milne did not like to have his photograph taken and never publicly revealed his age. 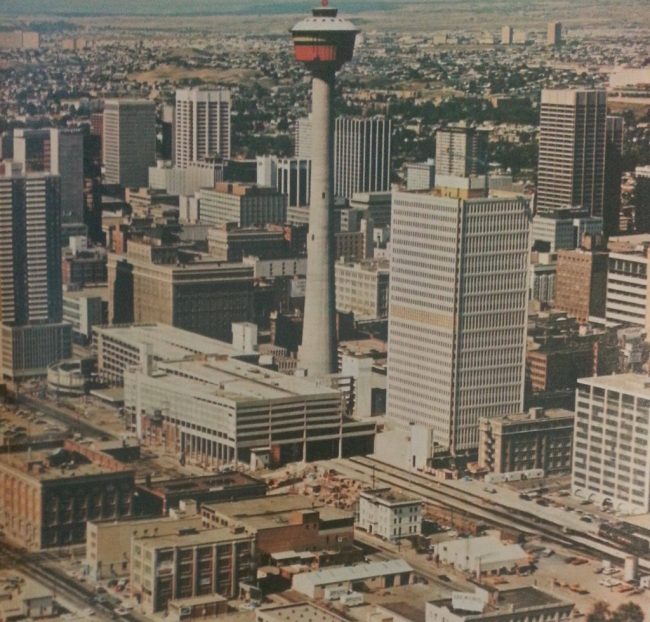 The tower was built on the site of Canadian Pacific Railway’s station, which was demolished in June 1966 to accommodate the Palliser Square project and the Husky Tower. 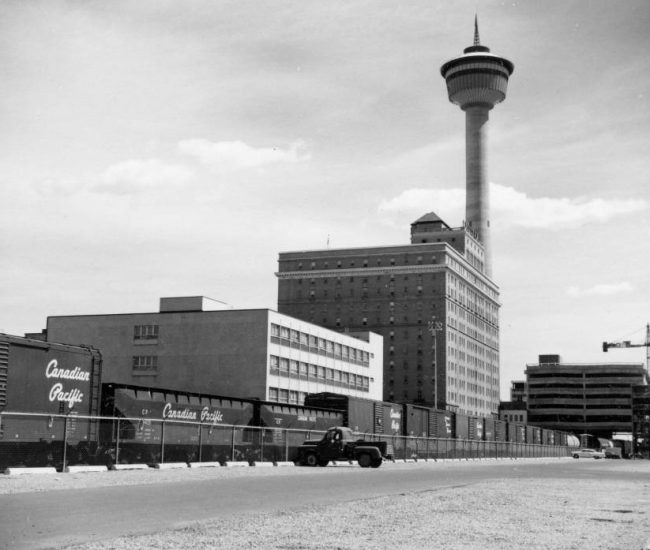 Was officially renamed the Calgary Tower on November 1st, 1971 as a tribute to the citizens of the city. 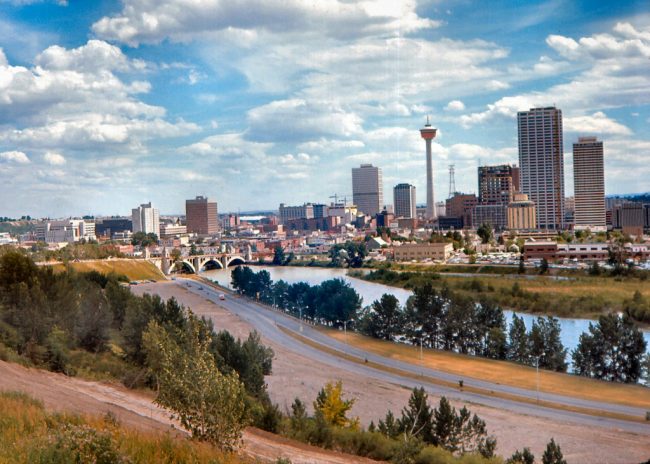 It was Calgary’s tallest free-standing structure from 1968 until 1983 when it was surpassed by the Suncor Energy Centre’s west tower. 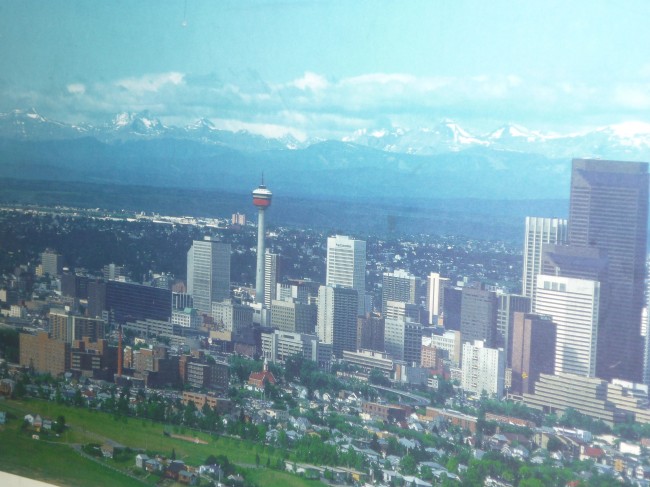 Today it is the sixth tallest building in the city and 21st in all of Canada. 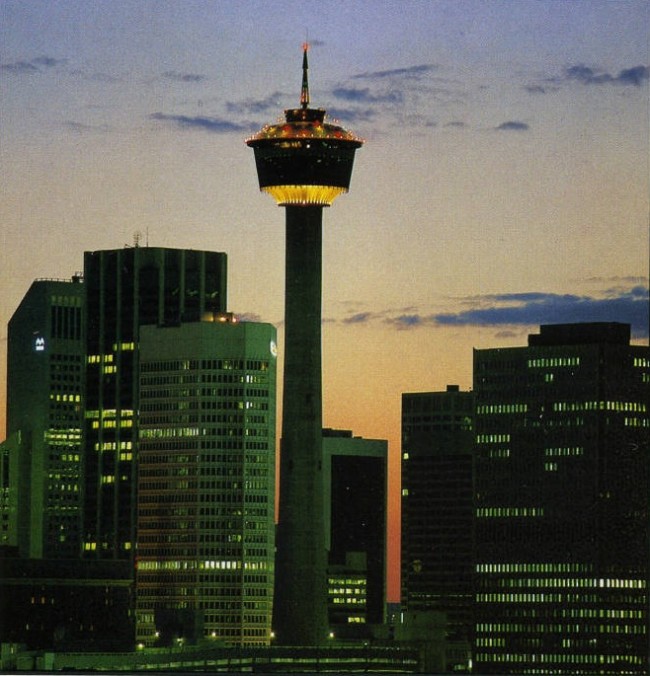 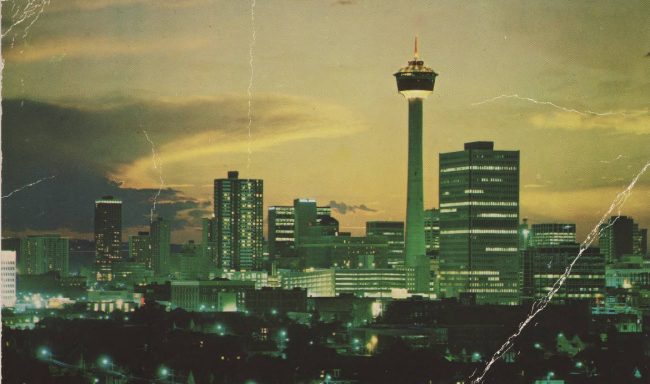 Is a founding member of the World Federation of Great Towers, which includes such famed structures as the CN Tower in Toronto and the Eiffel Tower in Paris. 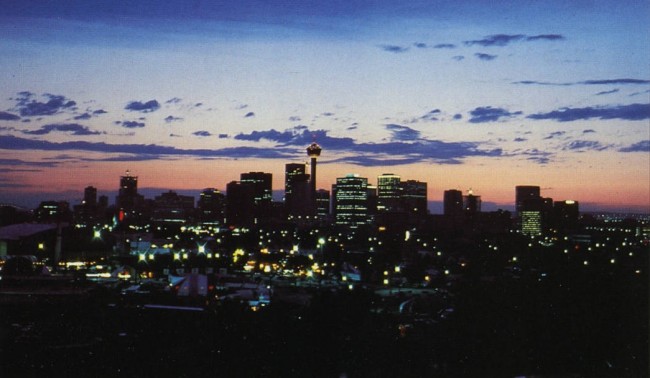 Although Calgary is not an earthquake zone, the building was the first in the Western provinces designed to withstand earthquakes. On a windy day the tower can sway up to 16.5 centimetres (7.5 inches) and can withstand winds up to 161 kilometres per hour. 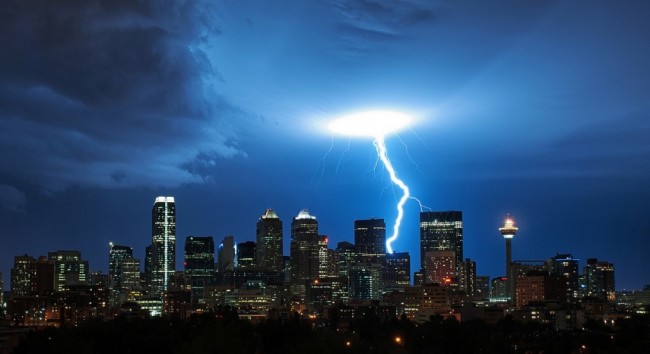 In October 1987, a helicopter installed the world’s largest Olympic torch on top of the tower. The $525,000 project was a gift from Olympic sponsor Canadian Western Natural Gas. 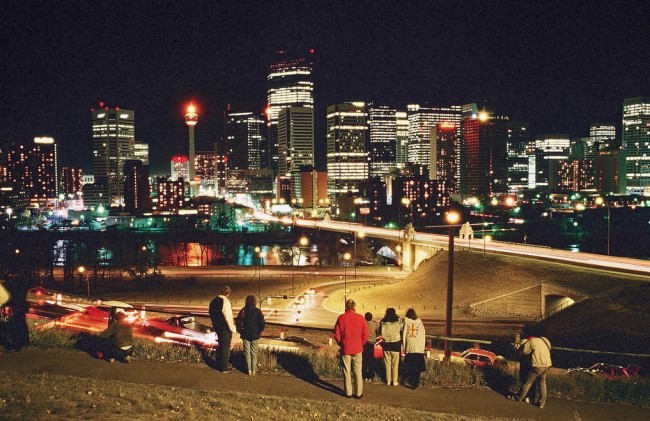 When lit, the flame is visible 15 to 20 kilometres away and requires 30,000 cubic feet of natural gas an hour. 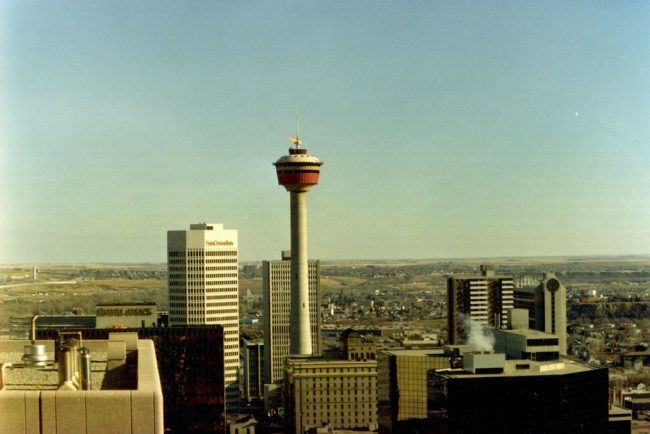 In 2005, a glass floor was installed on the Observation Deck as a gift to the province on its centennial. Spanning 36 feet wide by 4.5 feet, visitors can stand over 9th Avenue SW and Centre Street North. 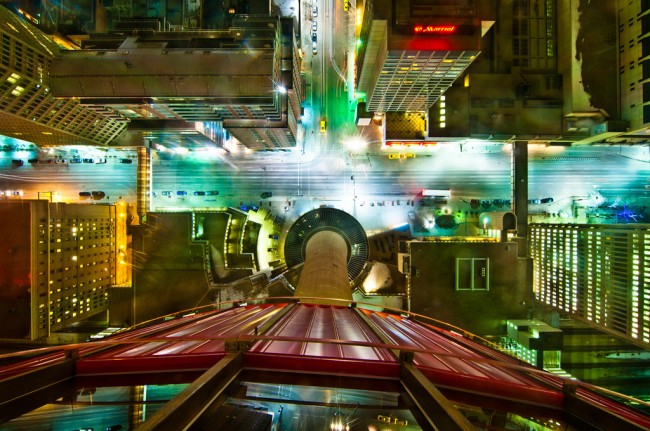 Want more historic photos and fun facts on the Stampede City? Check out our pictorial look at Calgary’s ever-evolving skyline and these 16 photos of the city from the air and space.