THE HOUSING MARKET IS HOT, BUT THE RENTAL MARKET COULD QUICKLY CATCH UP AS ECONOMY REOPENS 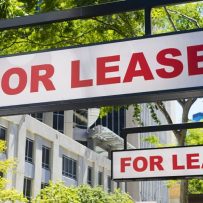 The surging number of leases in Canada’s largest housing market paints a picture of a robust rental market, but it’s only half the picture since average rents have declined.

The latest rental housing data on the Greater Toronto Area (GTA) from various sources show that activity has far surpassed pre-pandemic levels, yet average rents are still lower than where they were a year ago.

Urban economic theory suggests that housing valuations are essentially the sum of future discounted cash flows (in this case, rents). The reality in large housing markets presents a more nuanced picture since housing prices took off to unprecedented heights, while rents primarily declined.But it’s also important to review rental market statistics with an eye on their various subsections. For instance, rental housing can be subdivided into purpose-built and private (condominium) units, where condominium dwellings often command higher rents than comparable purpose-built rentals.
The Toronto Regional Real Estate Board (TRREB) registered 13,168 leases in the GTA during the first quarter of 2021, predominantly in private dwellings comprising apartment condominiums and low-rise housing. That outpaces the 7,251 leases recorded during the same period last year.Some would argue that year-over-year comparisons are misleading, given the lockdown restrictions imposed in March 2020. But a comparison with the first quarter of 2019 presents an almost identical picture. Almost twice as many leases were recorded in the first quarter this year than during the first quarter of 2019.

A strong resurgence in the GTA’s rental market could be seen as a precursor for the forecasted economic recovery in the latter half of the year. But the combination of rising leases and declining rents presents a puzzle.

Average rents were down across all market segments, but differentiated by size, such that smaller dwellings reported the highest year-over-year decline. Average rents declined by 24 per cent for bachelor units, while they dropped 12.3 per cent for hard-to-find three-bedroom condominium apartments.

Demand and supply factors might be at play here. The spike in leases suggests a substantial increase in demand, while a relatively proportionate and sustained increase in supply has helped ease the pressure in rental markets.

A record increase in rental unit supply has been registered during the past three quarters, with rental listings up 132 per cent in the fourth quarter of 2020 over the same quarter a year earlier.

If the recent increases in demand continue for the rest of the year, it will likely put upward pressure on rents, because the supply of rental units is unlikely to keep pace with such highs in demand.The increase in rental listings has so far helped ease pressure on vacancy rates, which almost doubled across all regions in the GTA during the first quarter of 2021 compared to the first quarter of 2020. For example, vacancy rates in the City of Toronto increased to 1.7 per cent in the first quarter, from a low of 0.9 per cent a year earlier. Similarly, the vacancy rate doubled in the Peel region to hit 0.8 per cent.Bullpen Research & Consulting produces a Canada-wide monthly rental market report based on data reported by Rentals.ca. Its latest report, released in May, also reiterates that average asking rents across Canada in April were down by nine per cent.

The Rentals.ca data is useful in presenting a nationwide picture, but it is not comparable to TRREB’s data, which reports rent paid as opposed to rents being asked (similar to the list price).

What does it all indicate for the summer? Rental housing market activity will be driven by expectations about the economic recovery, demographic shifts and a loosening of mobility and assembly restrictions. The forecasts for the United States generally call for a strong recovery, which is likely to also spur growth in Canada.

Mass vaccinations should ease social-distancing restrictions, which will help grow domestic demand since people will be allowed to visit offices, restaurants, movie theatres and stadiums.

The growing economy will drive a demand for workers and is likely to open doors for immigrants who have been waiting for a green signal to relocate here. New immigrants often settle initially in rental dwellings. Also, students attending higher education will again be looking for rental units near their campus.The likely scenario of higher demand for rental housing in the next few months is expected to put pressure on rents if new listings cannot keep pace with the demand. Rents are likely to increase faster for ground-oriented, large-sized dwellings that have become increasingly attractive to millions working from home during the pandemic.