THE CANADIAN PROPERTY BUBBLE HAS GROWN FOR 24 YEARS, LONGER THAN ANY OTHER G7 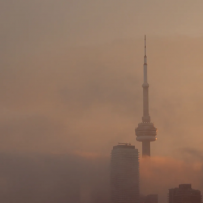 Canadian real estate is perfectly efficient, and households never display signs of exuberance. That or it’s a ticking time bomb, waiting to go off. This year marks the 24th year of expanding home prices in Canada, and we’re two quarters into it. This isn’t just the longest expansion in Canadian history, it’s one of the longest in the world. The current expansion has lasted almost twice as long as the next G7 country. This one is going to take a little unpacking, so let’s get to it.

Why? Human nature. The longer a trend occurs, the more likely it is to be overextended from a fundamental driver. Trends will often persist just because everyone thinks that’s what it does. Have you ever heard someone say, “real estate prices will rise,” without a reason other than “they always do”? That’s someone who now thinks growth will occur for the sake of growth. They believe the market is running solely on the same philosophy as cancer.

The further a trend extends from fundamentals, the higher the risk to shock. One wrong earnings report, too few sales, or everyone changing their mind can blow it up. Correcting inefficiencies can be delayed, but that only makes a market more inefficient. Inefficient markets result in toxic spillover. Ultimately, this creates a larger and more destructive market inefficiency.

Think of it like eating Oreos. If you need calories, you can live off Oreos for a long time, but you need real food at some point. The longer you put it off, the worse the consequences of your All-Oreos-Diet. It might have tasted great while you did it, but in the end you may have some regrets.

What does this have to do with real estate? Housing is a major part of the business cycle, and is subject to the same issues. The longer a correction doesn’t occur, the more likely the market has become inefficient. A correction can be delayed, but then the health of the economy begins to suffer. That’s when you get things like a misallocation of capital, both human and monetary. Now, let’s look at how long this expansion has been occurring.

The Canadian Property Bubble Has Expanded Over 24 Years

Canada is in the longest expansion of home prices without a correction ever. After Q2 2021, prices have logged 97 quarters without a technical correction (a drop of 10% or more). For you weirdos that don’t track the age of your kids by quarterly earnings reports, that’s 24.25 years. The previous bubble only took 5.25 years to go from trough to peak. Literally, a whole generation hasn’t seen home prices fall at the national level in Canada. Lil Nas X wasn’t even born when this expansion started.

To clarify, Canada has seen regional corrections over this period, especially segments. Toronto and Vancouver detached home prices dropped more than 10% in the past 5 years. The oil patch has also seen a general decline in home prices (even a crash) in the past decade. At the national level, it hasn’t occurred though. That means markets may be extremely inefficient in relation to productivity.

Canada’s expansion isn’t just unusual for Canada, it’s unusual for any advanced economy. The next closest country is Germany, where it is currently 12.5 years without a correction. Despite Germany having half the expansion, Canadian home prices have grown 3x faster. Compounding inefficiencies. The magic of math, eh?

Length of Home Price Expansion Across The G7

The length of time home prices in G7 countries have expanded with a correction (10% or more). Measured at the trough of the previous housing cycle correction or crash.

The United States and the UK look tame in comparison. The US has seen home prices expand for 9 years without a correction now. In the UK, home prices have expanded 8 years since the previous trough. Canada’s expansion of home prices has lasted almost 3x as long as these two global powerhouses.

The length of time doesn’t mean Canadian real estate will crash soon. It means the risk of a correction gets stronger by the day. Maybe the market is perfectly efficient, and Canadians aren’t emotional about real estate? Perhaps they never overpay for a home, and calculate its cost with laser precision? Who knows.

What we do know is the expansion has been a very long time. It’s unusual for an advanced economy, and economists are mentioning the duration effect. They don’t see politicians extending the inefficiencies when a whole generation is priced out of shelter. But I’m guessing they haven’t heard a Canadian politician explain housing isn’t great for locals, but attractive to foreign buyers.