The 7 most innovative skyscrapers of the future 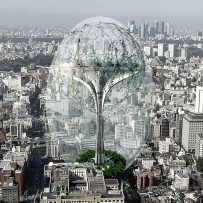 Earlier this week architecture magazine eVolo announced the winners of its 2014 skyscraper competition, which honors innovative design from the world’s most forward-thinking futurists.

More than 500 proposals from 43 countries were submitted for the ninth annual competition. When the dust settled, three winners were named alongside 20 honorable mentions. For a snapshot of the standouts, here are the trio of winning entries followed by our four favorite runners-up.

1st Place – Vernacular Versatility by Yong Ju Lee of the US 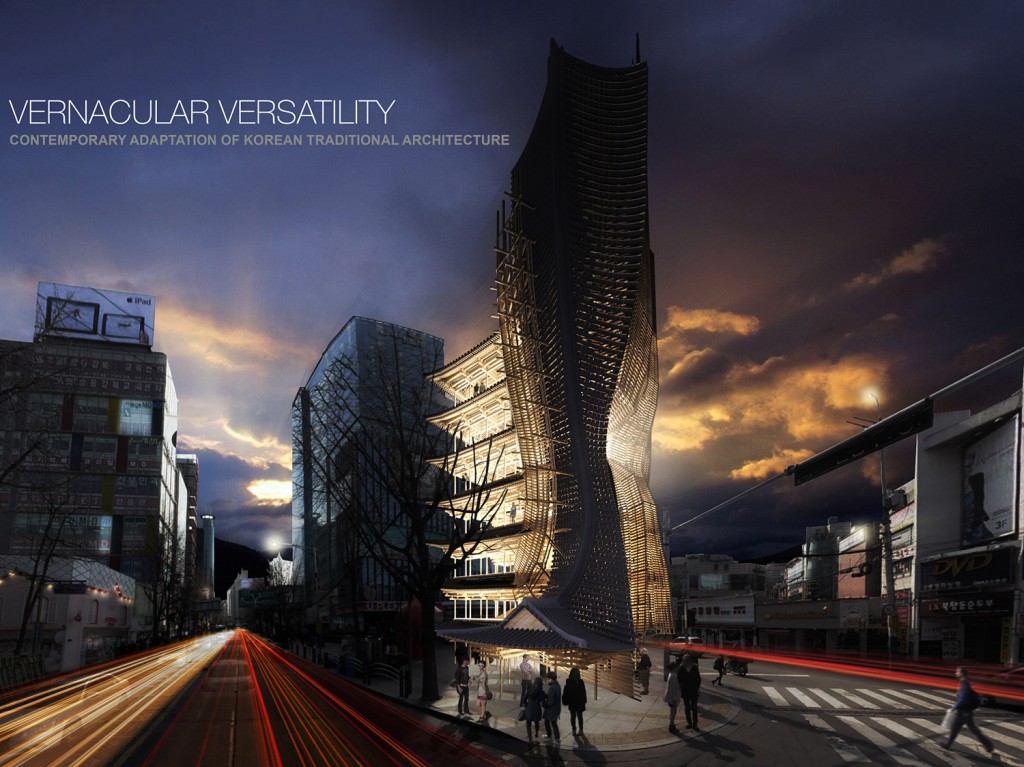 The winner of the competition is a mixed-use building inspired by the traditional Korean house known as a Hanok. The structure’s adjustable roof controls the amount of sunlight that filters through inside.

2nd Place – Car And Shell Skyscraper: Or Marinetti’s Monster by Mark Talbot and Daniel Markiewicz of the US 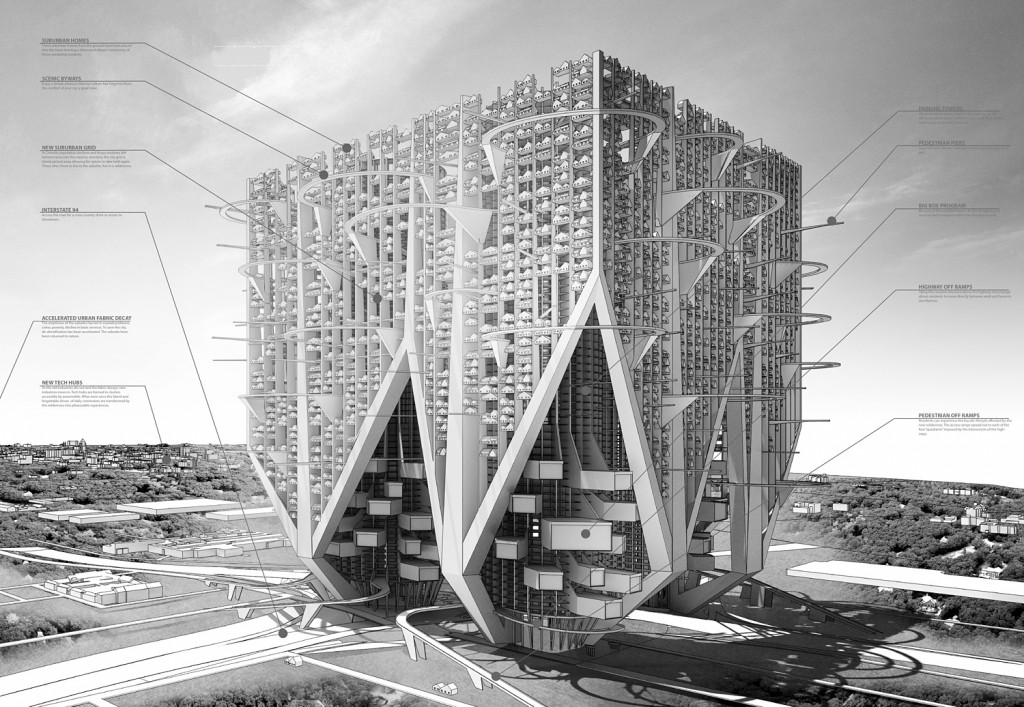 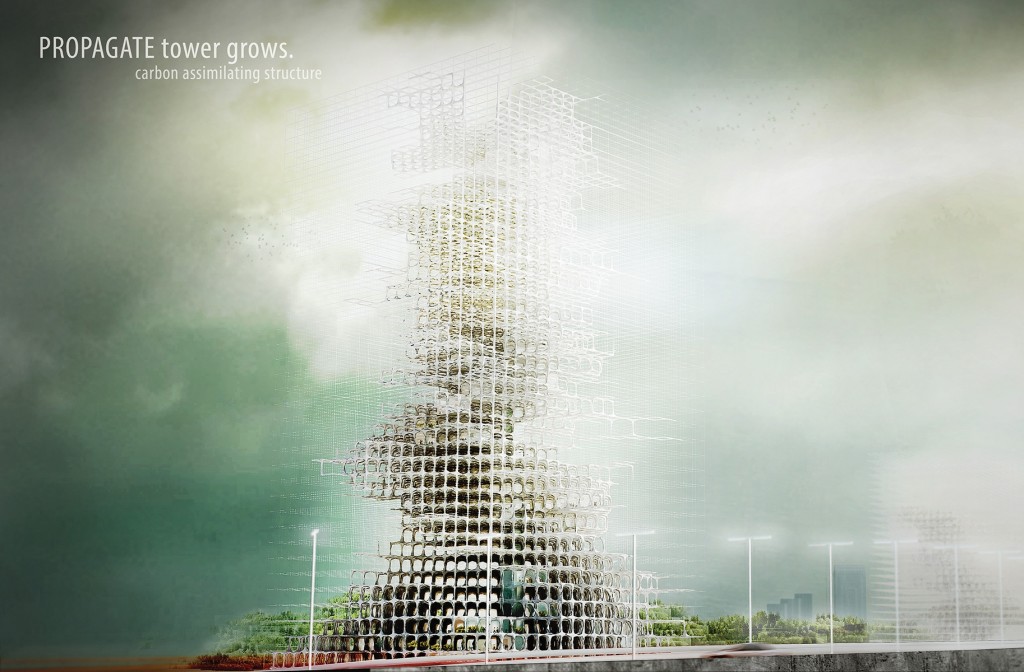 The third-place, eco-friendly honeycomb structure would clean the air by capturing greenhouse gases.

Launchspire by Henry Smith, Adam Woodward and Paul Attkins of the UK 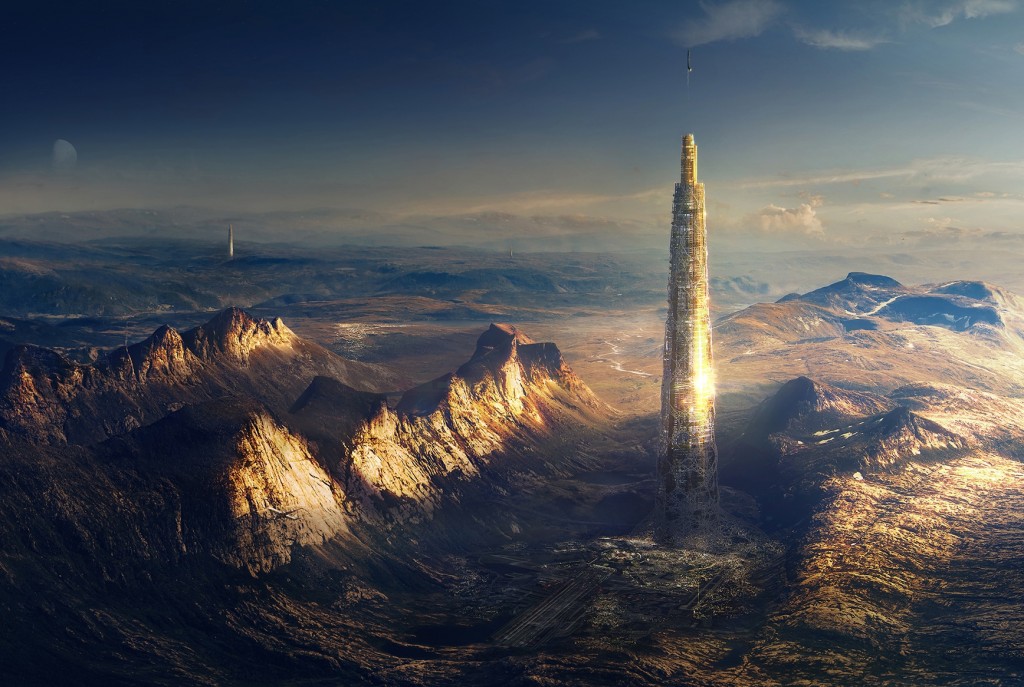 This mega-tall building would stand atop an electromagnetic vertical accelerator for the purpose of eliminating the “hydrocarbon dependency” of aircraft during takeoff. The tower would also house people.

Seawer: The Garbage-Seascraper by Sung Jin Cho of South Korea 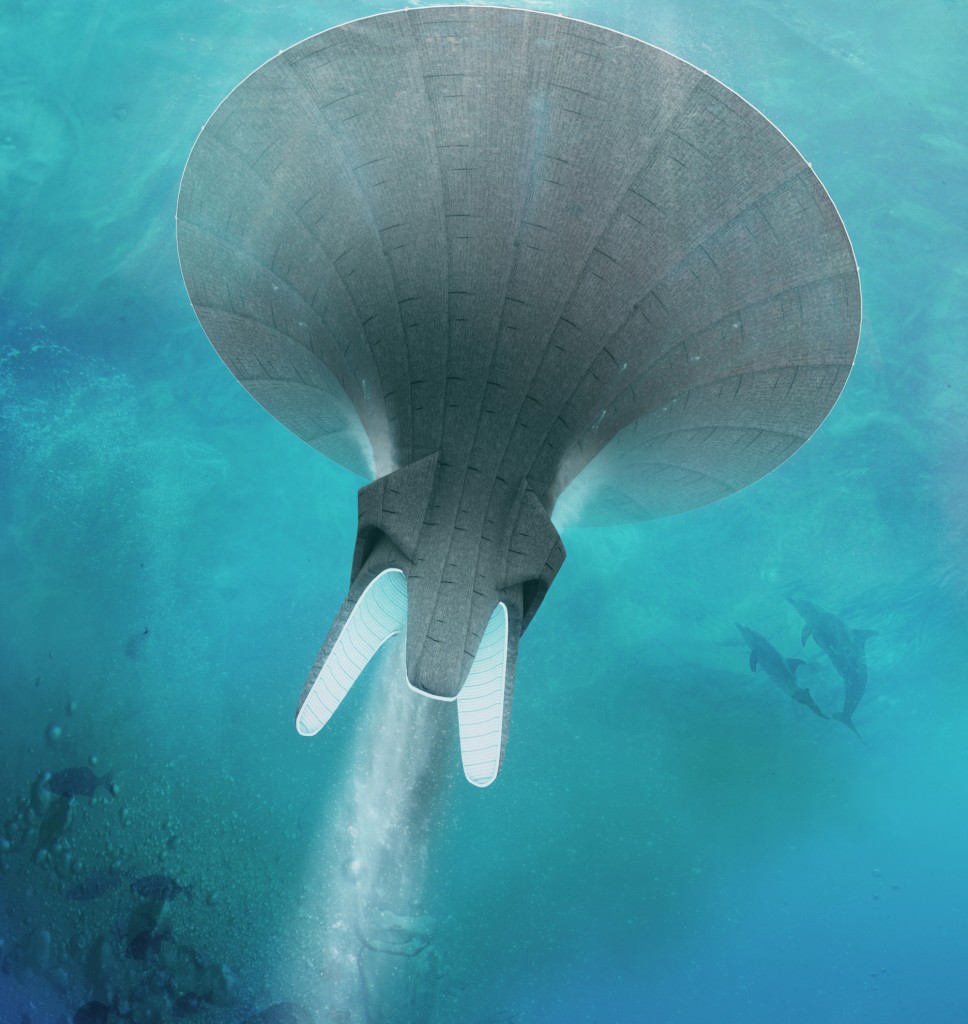 This massive marine vacuum would suck up garbage in the ocean before transferring it to a recycling station at the top of the structure. 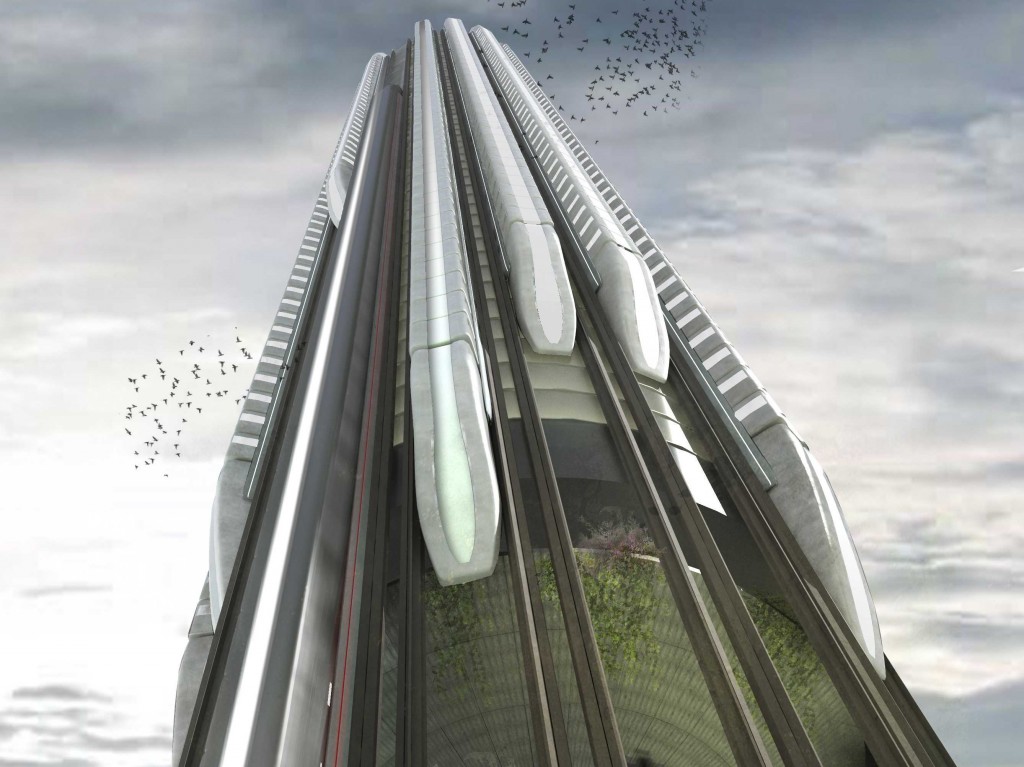 The name is pretty self-explanatory: A vertical train station for the year 2075. 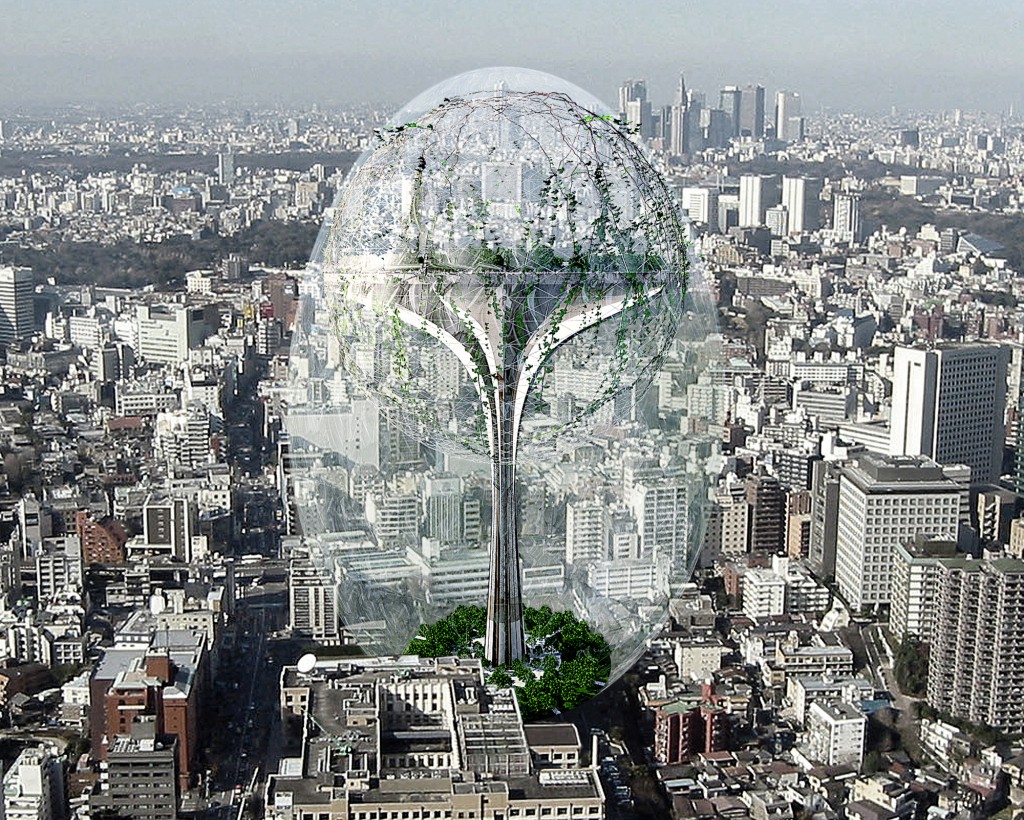 This greenhouse tower would function as a research center to evaluate a city’s meteorology and then correct the environment through mechanical engineering.