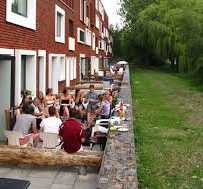 Last year, there were 1.5 million full-time students enrolled in Canadian universities and colleges, but many are forced to live far from campus.

Canada is 10 to 15 years behind the pace of the United States and United Kingdom when it comes to developing off-campus rental housing for the country’s growing student population, the Real Estate Investment Network (REIN) revealed in a new report.

“When you look (at the data)… three per cent of Canadian university students live in purpose-built off-campus student housing compared to 10-12 per cent in the U.S. and Britain respectively,” said Jennifer Hunt, REIN’s vice-president of research and events, and an author of the new report that presents data for developers interested in building more student housing.

Last year, there were more than 1.5 million full-time students enrolled in Canadian universities and colleges. REIN said ideal housing for students needs to be within a five-minute walk of campus, which is within roughly 400 metres, or within 30 minutes on transit.

“We’re far behind,” Hunt said. “Developers and institutional investors can really focus and maximize and leverage a supply shortage and a growing demand.”

In a recent call with Postmedia, Hunt highlighted three major student housing themes that should be motivating developers to action.

A vast number of new homes are needed

Nationwide, there is a need for 416,000 additional beds for students near campuses, Hunt said. Montreal alone needs more than 51,000 beds. Toronto needs more than 32,000 beds and Ottawa requires more than 21,000.

Private or institutional developers are going to be the ones that can step up to provide purpose-built rental homes near universities that capitalize on the colossal and steady pipeline of demand, Hunt said.

Students’ expectations for their housing have changed. Millennials are also staying in school longer and pursuing more advanced degrees — or returning to school at a later age, meaning the demand for longer-term student housing is also increasing.

“(Developers will) want to make sure that they’re building to suit,” she said.

Neighbourhoods with a rising student population experience more demand for retail, services and other forms of commerce.

“When a developer or anyone is considering student rentals, there are some significant economic fundamentals that really reveal themselves,” Hunt said.