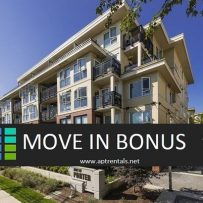 The Vancouver-based CEO of the Landlord Credit Bureau says hundreds of small landlords, such as homeowners renting a basement suite, are bailing out of Vancouver’s rental market due to a provincially-mandated rental freeze and difficulties in evicting scofflaw tenants.

Larger landlords, meanwhile, are facing a “trifecta” of challenges that are driving rents down and persuading many landlords to offer incentives for the first time in years, he said.

“B.C.’s rental regulation is having an unintended consequence of actually reducing the number of rental units available,” Zac Killam told Western Investor. “The reason is that it has essentially taken the financial impact that tenants are facing due to COVID and placed it on the back of small landlords.”

The B.C. government has frozen rental increases since March 2020 and the freeze was recently extended to July 2021. Landlords are also restricted from evicting tenants for non-payment of rent, as long as they arrange a pre-payment strategy.

“By saying a tenant can no longer be evicted for not paying rent or the rent is now frozen – despite the fact that property taxes, electricity costs and water costs and the price of building materials all continue rise –  means landlords are not able to recoup any of their costs,” Killam  explained.

The City of Vancouver recently voted, as one example, to raise residential property taxes by 5 per cent.

“What we are seeing on a daily basis is that small landlords are getting out of the business,” he said. “Many basement suites are being taken completely out of the rental market.”

Killam said that about 70 per cent of Landlord Credit Bureau members would classify as small landlords with five or less rental units, often secondary units in a detached house or a condo, which he said is indicative of the overall Metro Vancouver market.

The bureau represents “thousands” of landlords in Metro Vancouver, he said, among its 30,000 members across Canada and the U.S.

Vancouver area landlords trying to stay in the game are facing a trio of other challenges that has led to rental reductions and incentives, such as one to even three months of free rent and other perks, a trend that has accelerated since the summer, Killam added.

“We have a trifecta affect that is softening the rental market,” he said. This includes the financial hit from the pandemic that has caused tenants to double up or move in with family members, and a drop in both immigration and university student enrollment, he explained.

While he could not cite numbers, Killam believes the real rental vacancy rate in Vancouver is much higher than the 1.1 per cent that Canada Mortgage and Housing Corp. estimated at the start of 2020.

In a survey of Craigslist Vancouver rental listings on December 10, Western Investor counted more than 110 ads offering free rent, from one month to three months, including multiple units in new purpose-built rental buildings.

“Some landlords are also offering reduced damage deposits, of say $200, instead of a full month’s rent,” Killam said.

Killam, who is a landlord himself, said he “hoped” the rental market would improve in 2021 once the pandemic is ended, but noted that a similar trend of rental incentives is being seen in downtown Toronto. “There is simply less demand for rental units.”