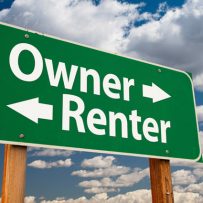 As a homeowner, would you consider renting out a house in another part of the city just to get your child into a better school? As a tenant do you know how often you move, on average, or how much you pay each time you move? And what do you think is the biggest trigger that prompts a renter to become a homeowner? Here’s a few statistics that puts renters (and the home buying challenge) in perspective.

What triggers the jump from renter to homeowner?

A survey of active home shoppers this past summer by Realtor.com found that the top triggers for being in the market for a home, according to 25 to 34-year-olds, were the following:

Rent in a good school district

A UK study shows that 1 in 4 families will actually move house or change addresses in order to get a better school placement for their children.

The same survey shows that 1 in 6 families deliberately bought or rented a second property just to have an address in a desirable school catchment area.

The survey, conducted by Opinium Research on behalf of Santander Bank, found that these parents were willing to pay a substantial premium—upwards of 21%—to buy homes in desirable school areas.

On average renters move every 2 years

On average, a tenant will pay just under $3,200 to move house, according to an Australian survey known as Make Moving Happen. The same survey showed that 1 in 8 renters lost their security deposit (known as a bond in Australia) due to insufficient clean-up of the unit or because they owed rent.

What was really scary, however, was that the survey showed that renters, on average, move every two years.

According to a recent Orkin survey, 85% of renters had encountered a pest in the last 12 months—flies were the most common, followed by ants, cockroaches and then rodents.

The Orkin survey pointed out that while flies may appear harmless, they can transmit bacteria and germs that can cause serious illnesses such as diarrhea, food poisoning, meningitis and bloodstream infections.

However, the most feared pest was actually the bed bug, with 39% of respondents saying they would least like to see bedbugs, followed by rodents, cockroaches, ants and then flies.

“Bed bugs can reproduce quickly, so it’s important that apartment residents notify property managers of any evidence that causes them to suspect bed bug activity,” says Paul Rhodes, National Maintenance and Safety Instructor of NAAEI. “Early detection is key to help prevent a much larger infestation from setting in. To help prevent their occurrence, properties can be active in removing furniture abandoned at onsite trash locations, and ensure that residents are aware of dangers associated with bringing home ‘found’ items.”

Unlike with other pests, sanitation is not an influential factor in bed bug infestations. For this reason, it is important that apartment residents practice vigilance within their apartment units, as well as when they travel, by following these steps:

→ Lift and look underneath the mattress, bed frame, headboard and furniture. Watch for live or dead bugs or tiny rust-colored spots.
→ When travelling, elevate luggage on a luggage rack away from the bed and wall.
→ Examine luggage carefully while repacking and upon returning home from travelling.
→ Place all clothing from travel luggage in the dryer immediately for at least 15 minutes at the highest setting permitted for the items upon returning home.

More renters want to be homeowners

There are roughly 2.4 million people under the age of 50 renting in Canada right now, according to Altus Group—and the vast majority would like to jump into home ownership.

According to the 2014 Altus survey, only about 20% of those surveyed said they actually chose renting for the lifestyle or because they didn’t want the responsibility of owning a home.

While, 2% didn’t think buying a home was a good investment, a large majority (nearly 80%) said they would absolutely buy a home if it weren’t for a variety of reasons holding them back. For instance, not having a large enough down payment, fears about qualifying for a mortgage, or a sense that now is not the right time to buy.

The U.S. renter population has reached its highest rate in 20 years. By the end of 2014, the U.S. Census announced that there are over 43 million renter households, representing 36% of the population. Correspondingly, homeownership is at the lowest rate since 1994.

The most important factors, for renters, when choosing a place to live are: