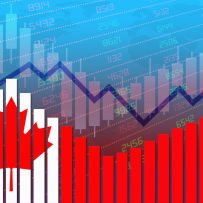 Starlight Investments, one of Canada’s largest owners of apartment buildings and multifamily properties, is halting monthly payouts on two of its funds, another sign that higher interest rates are causing trouble across the real estate sector – even for the most sophisticated managers and investors.

Starlight, which owns $25-billion worth of properties and real estate securities in Canada and the United States, paused distributions on two funds that specialize in U.S. properties: the U.S. Residential Fund and the U.S. Multi-Family (No. 2) Core Plus Fund. Combined, the two funds have $840-million in assets under management, and both are publicly traded in Toronto following initial public offerings in 2021.

The two funds were set up to capitalize on a rebounding U.S. real estate sector. While Canada’s market has been hot for nearly the entire pandemic, American real estate took some time to turn frothy, both in terms of property values and monthly rent increases.

The Starlight portfolios benefitted from this strength, with average rents on properties in the larger U.S. Residential Fund jumping 17 per cent year-over-year in the third quarter. Yet rising interest rates are now biting because both funds rely on short-term, variable-rate mortgages to finance their purchases.

“The size and pace of interest rate increases has been unprecedented and has resulted in interest rates that are significantly higher than projected at the time the fund financed its properties,” Starlight wrote to investors Friday. In response, the company is halting distributions that paid a 4-per-cent annual yield.

Starlight’s Canadian funds are not affected, but the real estate sector here is not immune from the industry’s woes. In mid-November, Romspen, one of Canada’s largest private mortgage lenders, halted redemptions to prevent its predominately retail investors from cashing out of its funds. The company has not said how long the freeze will last.

For Romspen, the major issue is that its private loans cannot be sold quickly, or easily, in order to fund redemption requests. For Starlight, the problem stems from its borrowing costs. Rising rates are also limiting access to loans.

“The significant increases in interest rates have also contributed to an increase in volatility across capital markets, leading banks and other debt providers to reduce their lending capacity while increasing the cost of new loans,” Starlight added.

The company did not respond to a request for comment.

Both Starlight funds were set up to buy U.S. properties that benefit from rental rate increases as tenants turn over. The funds are designed to be short-term investment vehicles, buying properties and then selling them after three years. The U.S. Residential Fund owns interests in six multifamily properties, consisting of 1,973 suites, as well as 98 single-family rental homes. The No. 2 U.S. Fund owns interests in three properties, consisting of 995 suites.

The short-term strategy has worked before. Starlight’s U.S. Multi-Family (No. 1) Core Plus Fund X, for instance, sold its portfolio in September, 2021, and investors earned a roughly 28-per-cent return in less than two years.

But the interest rate environment has changed dramatically in 2022, and the affected Starlight funds rely on shorter-term, variable-rate mortgages – whereas many commercial real estate owners use 10-year fixed-rate mortgages.

Starlight also used variable-rate mortgages because they can be repaid with no – or minimal – cost, while fixed-rate debt has costly repayment terms if repaid before the maturity date.

Despite the current financing struggles, Starlight said it believes real estate fundamentals are still strong, with solid job and population growth in markets where it owns properties. The decision to halt payouts, then, was framed as a “prudent approach to managing the fund’s financial position and liquidity.”

However, rent growth and property values are starting to cool in many U.S. cities, and Starlight isn’t the only Canadian real estate company hit by changing dynamics in U.S. real estate. Dream Residential REIT, which also invests in multifamily properties across the U.S., went public in May, right as interest rates were starting to rise. The units have been hammered on the Toronto Stock Exchange, dropping 42 per cent.

Toronto-based Tricon Residential Inc., which also owns U.S. properties, has watched its own shares drop 38 per cent since the start of the year.

Blackstone Inc.’s $69 billion real estate fund for wealthy individuals said it will limit redemption requests, one of the most dramatic signs of a pullback at a top profit driver for the firm and a chilling indicator for the property industry.

Blackstone Real Estate Income Trust Inc. has been facing withdrawal requests exceeding its quarterly limit, a major test for the one of the private equity firm’s most ambitious efforts to reach individual investors. The news, in a letter Thursday, sent Blackstone stock falling as much as 10%, the biggest drop since March.

“Our business is built on performance, not fund flows, and performance is rock solid,” a Blackstone spokesperson said, adding that BREIT’s concentration in rental housing and logistics in the Sun Belt leaves it well positioned going forward. This year, the fund has piled into more than $20 billion worth of swaps contracts through November to counteract rising rates.

The fund became a behemoth in the real estate industry since its start in 2017, snapping up apartments, suburban homes and dorms and growing rapidly in an era of ultra-low interest rates as investors chased yield. Now, soaring borrowing costs and a cooling economy are rapidly changing the landscape for the fund, causing BREIT to caution that it could limit or suspend repurchase requests going forward.

Blackstone’s creation of BREIT cast a spotlight on the space for nontraded real estate investment trusts. Unlike many real estate investment trusts, BREIT’s shares don’t trade on exchanges. It has thresholds on how much money investors can take out to avoid forced selling. This means if too many people head for the exits, its fund board can opt to restrict withdrawals or raise its limits. BREIT said requests have exceeded the 2% of the net asset value monthly limit and 5% of the quarterly threshold.

“If BREIT receives elevated repurchase requests in the first quarter of 2023, BREIT intends to fulfill repurchases at the 2% of NAV monthly limit, subject to the 5% of NAV quarterly limit,” BREIT said in a letter Thursday.

Blackstone’s top executives have bet big on the fund. Bloomberg reported last month that President Jon Gray had put $100 million more of his own money in BREIT since July, as had Chief Executive Officer Steve Schwarzman, a person familiar with the matter said at the time.

In the past year, rich individuals, family offices and financial advisers have become more cautious about tying up money in assets that are hard to trade and value. At UBS Group AG, some advisers have been reducing exposure to BREIT. A major chunk of redemptions for the fund has come out of Asia this year, said a person familiar with the matter who asked not to be identified citing private information.

“The BREIT outflow bear case is playing out, impacting shares this morning, and we expect it to remain an overhang on shares in the coming quarters,” Michael Brown, an analyst at Keefe Bruyette & Woods, said in a note Thursday titled “The Gates are Going Up.”

“Growth of the retail channel has been a key driver of BX’s success in recent years and the growth challenges facing the company on the retail side could continue to weigh on BX’s valuation,” Brown said.

The Blackstone move is the latest sign of a slowdown for the real estate industry. Soaring borrowing costs have caused many landlords to struggle with refinancing and even led banks to explore potential sales of US office loans. On the residential side, the housing market has slowed extensively.

Higher costs of debt have forced Blackstone to readjust valuations on some BREIT holdings and are thinning returns for the fund. For this year through October, a major share class of the fund delivered 9.3% net returns. That compares to 13.3% one-year returns.

Still, BREIT’s returns are outperforming those of the S&P 500 Index. The fund is heavily concentrated in urban warehouses and rental housing, areas Blackstone dealmakers believes will provide strong cash flows in a downturn. Separately on Thursday, the firm announced it is offloading its stake in two Las Vegas hotels in a deal that frees up cash for BREIT.

The Las Vegas deal values the properties at $5.5 billion and is expected to generate roughly $730 million in profit to BREIT shareholders, according to a person familiar with the matter who asked not to be identified citing private information.

Stories by: The Globe and Mail & BNN Bloomberg