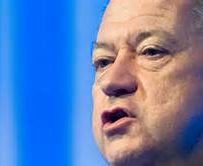 It’s officially been a month since the SNC-Lavalin scandal first broke. And while Prime Minister Justin Trudeau has defended himself in front of reporters, the chief executive of the company at the centre of the story has chosen to shun the cameras.

SNC Chief Executive Officer Neil Bruce has repeatedly declined BNN Bloomberg’s interview requests over the past four weeks to appear on the network and discuss his firm’s role in the growing scandal.

“We will keep you top of mind for sure when Mr. Bruce will be available,” SNC spokesperson Nicolas Ryan said in an email this week, as part of BNN Bloomberg’s latest request for an interview.

In politics, elected officials are expected to be available and accountable for their actions. The same is true with public companies like SNC, which is accountable to its shareholders. Since late January, the company’s stock price has lost more than a quarter of its value, wiping out more than $2 billion in market capitalization.

“The share price has taken a big beating, in part, because of the uncertainty about SNC’s relationship with the federal government,” former Quebec finance minister Carlos Leitao told BNN Bloomberg in a television interview Tuesday.

Ahead of the scandal, investors were already beginning to question management’s communication with shareholders.

“Faith and confidence is declining in this company,” Mona Nazir, equity research analyst at Laurentian Bank Securities, told BNN Bloomberg in a Jan. 28 television interview, when SNC issued a surprise profit warning. That was followed by another profit warning on Feb. 11, which pushed SNC’s stock to the lowest level since 2009..

Bruce did comment on the scandal in a recently released corporate video, as well as during SNC’s Feb. 22 conference call with analysts after the company posted its biggest quarterly loss in at least two decades.

But Bruce, whose executive compensation in 2017 topped $6 million, has not made himself available to the media — a sharp contrast from his frequent appearances on BNN Bloomberg in the previous three years, as he sought to highlight the turnaround he has led at SNC since taking over as CEO in 2015.

In fact, between November 2015 and December 2018, Bruce made himself available for nine, wide-ranging television interviews with the network.

In the limited public comments he has made about the scandal, Bruce has said he feels his company and its current employees has been wronged.

“Our belief is our employees are being used as a puck in a political hockey game,” Bruce said on SNC’s recent earnings call. “We don’t deserve it and we’ve had enough.”

And yet, corporate governance expert Richard Leblanc describes SNC as one of a handful of Canadian companies, including Bombardier Inc., that engage in what he calls “aggressive lobbying.”

This week, The Globe and Mail reported Bruce wrote to the prime minister in mid-October, pushing for a meeting with Trudeau over the prosecution issue.

Those details follow a Canadian Press report that Bruce told the government to change its anti-corruption rules “as expeditiously as possible” in a 2017 letter to Public Services Minister Carla Qualtrough, with copies sent to seven other cabinet ministers.

“In defense of the hockey puck, if you go to the arena and you put yourself on the ice, then you’re engaging in very risky behaviour because there could be a disconnect between what ultimately comes out and what is disclosed to shareholders. And that opens you up to reputation is risk and to litigation,” Leblanc, a professor at York University, told BNN Bloomberg in a television interview.

SNC may be reluctant to speak publicly about its behind-the-scenes efforts in Ottawa, but after all that time and energy spent trying to distance itself from its past, the company may have hamstrung its future.

Some are already starting to wonder if the company has become a takeover target, including Quebec’s former finance minister.

“The company has become vulnerable to a takeover because of the sharp drop in its share price,” Leitao told BNN Bloomberg. “And since it does not have one controlling shareholder, then such a scenario becomes possible.”

We’ll ask Neil Bruce what he thinks about that if and when he finally makes himself available for an interview.