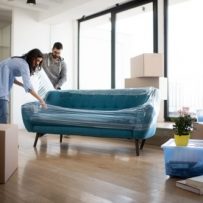 The median sizes of new condos in Vancouver and Toronto have been on a significant downward trajectory over the last few years, according to a Better Dwelling analysis of assessments and floor area numbers from Statistics Canada.

The decrease was even more dramatic in Toronto – an unexpected result considering the prevalence of tiny units in Vancouver, Better Dwelling stated.

“Toronto condos had a median size of 1,070 sq ft. from 1981 to 1990, 16.81% larger than Vancouver during the same period. Worth remembering that Toronto is both ‘cheaper’ and less densely populated than Vancouver,” the analysis added.

“The gap between assessments for a condo apartment is as much as double in Toronto. Vancouver, the country’s most expensive city, isn’t seeing nearly as high of a premium on new builds.”

Toronto’s median condo assessment value was $457 per square foot (PSF) in 2018. For perspective, this was 32% greater than the city’s median assessment for all residential property types.