SHOULD INSURERS BE FORCED TO COVER BUSINESSES FOR COVID RELATED LOSSES? 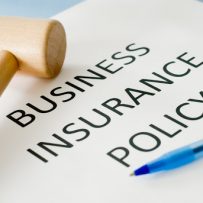 A Regina-based law firm has issued a national class action against indemnity insurers in Canada that are not paying business owners for losses accumulated due to the COVID-19 pandemic.

As of Friday, the class action has few plaintiffs, but Merchant says he hopes affected businesses with come forward and join the lawsuit. He says he cannot yet provide numbers of how many businesses are involved in the class action.

“The insurance companies are trying to wiggle out of paying based on that this is not anticipated. It’s a pandemic. It’s so terrible. [But] the reality is they had to know this kind of thing was going to happen because it has happened before,” Merchant said.

“SARS impacted businesses significantly in Canada. Now we’re back with a similar problem.”

Merchant said insurance companies are claiming the pandemic is a “force majeure” — a legal term referring to unforeseeable circumstances that excuse a party from fulfilling a contract.

“We believe we’re going to be successful. We do not think that the insurance companies can claim [that] this was unforeseen. Pandemics are not unforeseen.”

Merchant points to past MERS and avian flu outbreaks as examples.

In terms of insurance coverage, a war might be a more common example of a force majeure, he said.

But “if [insurance companies] won’t pay for business interruption and this kind of circumstance, it’s hard to imagine when they would pay.”

‘I hope that we’re successful’

One of the class action’s plaintiffs, Memories Dining and Bar in Regina, has relied on the fact that it would be compensated if the business were to be shut down for a reason out of its control, according to Merchant.

Thomas Siarkos, owner of Memories Dining and Bar, says he pays for premium insurance from Smith Insurance, which provides coverage through Wynward Insurance Group, one of the defendants named in the class action.

“We had insurance to cover all aspects, like fire losses and business interruptions, which was a crucial item for us,” Siarkos said.

“To our dismay and to our disappointment, we found out when we contacted them … the interruption insurance doesn’t fall in this category. And we’re just [thinking] if there’s an interruption … this would be that interruption.”

Siarkos says Memories has lost at least $100,000 due to reservation and event cancellations within the last three weeks. The restaurant is completely shut down and all staff has been laid off. Siarkos still has to pay rent and other fixed costs for the restaurant, even without cash flow.

“I’m sure that if this case will be successful, and we have every reason to believe that it will be, then a lot of other businesses will be benefiting out of this. And basically, we do it for the community at large.”

CBC has reached out to Wynward Insurance Group for comment.

According to the class action statement of claim, business interruptions have been caused either directly or indirectly by the COVID-19 pandemic.

That includes loss of revenue due to the decrease or elimination of customers because of public health orders restricting business operations and public gatherings.

“For the people who are affected, I would like to see the insurance industry back down and be responsible,” Merchant said.

“This will be a multibillion-dollar action … even tens of billions of dollars, because the losses are phenomenally high,” he said.

“Business interruption is very expensive for the [insurance] industry.”

Why forcing insurers to cover pandemic is a bad idea

Insurance companies put in a position to cover business interruption losses regardless of how their commercial contracts were originally constructed could threaten their solvency on a global scale, warns a new report.

In addition to negatively affecting the carriers’ liquidity profile, “this would generate downward pressure on the financial strength ratings of P&C insurance companies,” DBRS Morningstar said in its commentary, P&C Insurance: The Conundrum of Business Interruption Coverage during the Coronavirus Pandemic.

In the United States in particular, but also in some Canadian legal circles, there is talk about just how bulletproof pandemic exclusions are under BI policies. Both U.S. and Canadian insurance professionals are confident that pandemic exclusions apply to most standard commercial policies offering BI coverage.

“Business interruption was never designed to respond to pandemics,” as Colin Simpson, president and CEO of the Insurance Brokers Association of Ontario (IBAO), told Canadian Underwriter in March. “It’s generally linked to named perils within a policy, like floods and fires, for example. There’s a business interruption element to that, but a pandemic is something totally different.”

But a broader conversation about the topic is beginning to emerge because three U.S. states — New Jersey, Massachusetts and Ohio — are looking to force retroactive policy changes to include pandemic coverage. DBRS also noted that public officials in the U.K. are calling for the same.

The American Property Casualty Insurance Association (APCIA) estimated such a move could cost American P&C insurers between $220 billion and $383 billion per month. To put this into context, the “total surplus for all of the U.S. home, auto, and business insurers combined to pay all future losses is roughly only $800 billion,” APCIA noted in a lengthy media statement.

To look at it in another way, American P&C insurers handled three million claims during the 2005 hurricane season (Katrina, Wilma, Rita and more). COVID-19 pandemic-related claims could see 30 million claims from small businesses operating in the United States, APCIA noted.

A high number of claims from retroactive changes “would have a material adverse impact on the capitalization of the industry globally, and it could cause a liquidity crunch for some companies facing an unexpected surge in BI losses,” DBRS Morningstar’s report said.  “This would generate downward pressure on the financial strength ratings of P&C insurance companies, particularly those that focus on commercial lines, where BI coverage limits tend to be materially higher.”

And what about reinsurance companies? What would happen if they had to cover pandemic-related BI losses for which they never originally priced? “This would leave direct insurance companies in a very precarious situation that could make them not viable within a very short time, unless there were to be a government backstop similar to that provided by the Terrorism Risk Insurance Act in the United States,” the DBRS Morningstar said.

Another unintended consequence of such a move is that any future attempts to offer such a product in the future would be too expensive for clients, “because insurance companies will have to price in the potential risk of being forced to cover BI losses outside the language of their policies,” according to the report.

That reinforces what Simpson earlier told Canadian Underwriter. “If you were to look at it through a different lens, in the future, could the insurance industry respond to it [pandemic risk]? The answer would be no, unless there are sufficient funds on the balance sheet to pay out claims of this magnitude. And we can see from the press that there are a number of businesses that are being interrupted.”

“This is compounded by the fact that BI policies tend to be tailored to the specific needs and the nature of the commercial activity of the insured clients, which leaves interpretation of these contracts up to the courts of law in many cases,” its report stated. “Although we expect that existing BI contracts will be ultimately upheld, and that the overall claims and loss ratios for most business lines will be manageable for the P&C insurance industry following the coronavirus, increased litigation costs will adversely affect insurance companies’ profitability in 2020 and 2021.”