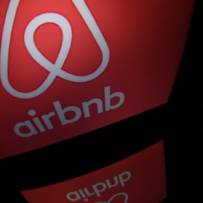 Sarnia is considering beefing up regulations for short-term rentals, amid a situation one councillor says is eating into local long-term housing supply and disrupting neighbourhoods.

Sarnia is considering beefing up regulations for short-term rentals amid a situation one councillor says is eating into the local long-term housing supply and disrupting neighbourhoods.

“A lot of communities have jumped on this issue, and they recognize it as a massive problem,” said Coun. Bill Dennis.

Locally, he said, there have been instances of 10 people here for short-term work renting the same house.

The result is people leaving at all hours, disrupting neighbours and congesting streets with parking, he said. This trend of packed short-term residential rental properties – buoyed by a surge in out-of-town workers for local industrial projects – is also taking away from local hotel businesses.

City staff are proposing new rules governing short-term rentals, or transient accommodations, by updating regulations that currently only apply to bed-and-breakfasts – of which the city has four, city staff said.

The proposed rules would allow stays of fewer than 29 days; require licencing; require a maximum of four units or the full house be rented; require an on-site parking space for every guest room; and allow only 180 days per year for rentals per property.

They would also require rented rooms to be in the dwelling unit that is owned by – and the principle residence of – the short-term rental operator.

The provisions are pretty similar to ones that exist in other communities, said Stacey Forfar, Sarnia’s director of community development, services and standards.

Many of those communities are conducting similar reviews, she said, and short-term regulations in Toronto that were appealed are at the Local Planning Appeals Tribunal.

“We think what we’ve proposed is fairly consistent with what’s already out there, and it’s a good start for the community,” Forfar said.

Public input is being accepted at speakupsarnia.ca before the matter comes to council Dec. 9. Details were being uploaded to the site within a week, city officials said.

“From a planning and community housing end of it, the issue for us is really protecting the long-term housing stock and preventing a significant number being converted and turned over to short-term rentals,” Forfar said, “so being able to regulate those types of units going forward will be important.”

Last winter, 99 people – 12 of them children – were housed in local motel rooms with emergency funding because Sarnia’s homeless shelters were full.

Included in the report to council, meanwhile, is a note about the transient accommodation tax – a potential four per cent levy on short-term rentals, split evenly between municipalities and Tourism Sarnia-Lambton.

Point Edward has voted to adopt the tax Jan. 1, and other Lambton communities are considering a similar move.

“There’s also an opportunity – this is a business for folks – to apply that accommodation tax,” Forfar said.

Dennis said he’s wary about bleeding tourists to Port Huron – where there is a similar transient accommodation tax but the sales tax is lower – but said he recognizes the benefits of investing in local tourism initiatives.

“If I can be sold on the idea (Sarnia hotels won’t lose business), I won’t have a problem with it,” he said.